What is tuberculosis? History of diseases 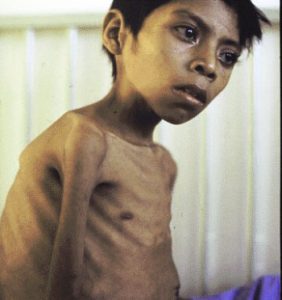 A child with tuberculosis

Tuberculosis is a lung disease caused by germs. Today we can usually cure it with antibiotics. But in antiquity there was no cure. Many people died of tuberculosis.

What are germs?
What do your lungs do?
More about diseases

When did tuberculosis get going?

One kind of tuberculosis seems to have infected people since the Paleolithic. It came to North America and South America with the first people, about 13,000 BC. This tuberculosis may have killed off the Neanderthals.

Who were the Neanderthals?
Native American medicine
Early African History 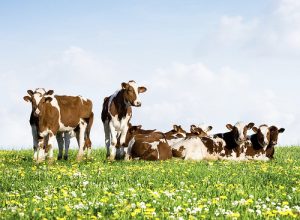 Cows in a field

Another kind of tuberculosis

Another form of tuberculosis, like many other infectious diseases, probably started out as an animal disease in cows.

Human tuberculosis probably spread to more people about 4000 BC in West Asia or Central Asia when people first started to live in cities. Then there were enough people living close together to spread the disease. Tuberculosis spread quickly across all of Europe and Asia, and south to North Africa. It even spread to the Americas, apparently in the bodies of seals who caught tuberculosis in Africa and swam to South America.

If you caught tuberculosis, first it was just a small cough. But gradually the cough got worse and you got a fever and got more and more tired. After a few years most people would begin to cough up blood and then soon they would die. Some people’s immune systems did manage to fight off the germs, and these people got better.

About 500 BC, the Indian medical book Sushruta Samhita recommends treating tuberculosis with breast milk, meats, alcohol, and rest. (Rest and plenty of good food can in fact help cure tuberculosis.)

Tuberculosis in the early empires

In the 300s BC the Greek doctor Aristotle thought tuberculosis might be catching. But most Greeks, like Hippocrates, went with the Indian idea that it was hereditary instead. Hippocrates said that tuberculosis was the most common disease of Hellenistic Greece.

Who was Aristotle?
Hippocrates and Greek medicine
Chinese doctors and medicine

Since patients almost always died of it, Hippocrates recommended that doctors stay away from them! That way they wouldn’t get a bad reputation when their patients died. Chinese doctors also described tuberculosis about 100 BC. But they also thought it was hereditary, and they had no cure either.

The Roman doctor Aretaeus, about 70 AD, followed the Indian doctors in recommending plenty of milk, plenty of good food, and good mountain or sea air. A little later, Galen knew what the inside of the lung looked like when you had tuberculosis, probably from dissecting people. He recommended opium to calm the cough, and blood letting to release bad humors from the body that caused the fever.

What is opium?
Roman doctors and medicine

By 1000 AD, the Islamic doctor Ibn Sina figured out that you caught tuberculosis from other people. But he still couldn’t cure it. As the Chinese doctor Zhu Dan-Xi said about 1250 AD, “Phlegm containing stagnated blood leads to lung cavities, which are untreatable.”

When Europeans began to move to North America and South America in the 1500s AD, many Native Americans caught tuberculosis and died of it. As more people all over the world began to live in big cities in the 1800s, tuberculosis spread to more and more people. Still the only treatments were good food, rest, and clean air. People still took opium (mixed with alcohol to make laudanum) to control the cough and the pain.

Finally a cure for tuberculosis

But finally in the 1940s, doctors invented antibiotics that could cure tuberculosis.

Learn by doing: get tested to make sure you don’t have tuberculosis
More about opium

Bibliography and further reading about tuberculosis: