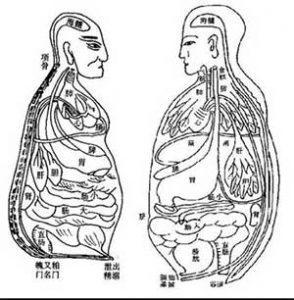 Chinese drawing of the organs (about 1200) – History of medicine

There are really three branches of medicine in antiquity and through the Middle Ages. One of these might be called “doctor medicine,” or “scientific medicine.” Doctors try to observe sicknesses and look for logical patterns. They figure out how the human body works, and from there figure out what treatments might work. This kind of medicine started with the Egyptians and Indians. The Greeks and the Romans went on with it. And it was very highly developed under the Islamic Empire and in China. It is very organized and nowadays it is successful. But in the ancient world this theoretical approach probably did not cure very many patients yet.

A second kind of medicine might be called “natural cures,” or “folk medicine”. Healers tried to cure sicknesses by experimenting with various herbs like pennyroyal or valerian, such as you find in health food stores today. These people were also using observation and logic, but they were not so much a part of rich, powerful society. 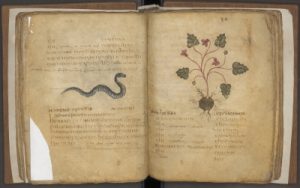 On the other hand, these herb doctors probably had more success in antiquity than the scientific doctors did. They tried things until they found something that seemed to work. Then they kept doing that. This kind of medicine probably goes back to the Stone Age. After weakening some in the Roman Empire, it became very strong again in the Middle Ages. Islamic doctors used many of these natural cures. 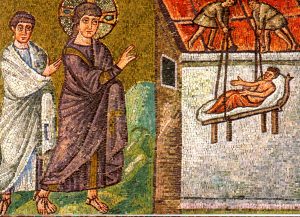 Jesus healing a paralyzed man from a Late Roman mosaic

The history of medicine also includes a third type of medicine we might “health spas,” or “faith healing.” This is the medicine of religious figures – priests or magicians or monks or holy men and women. Many religious figures ran centers where sick people could come and the gods would heal them. Even just touching the holy man might immediately heal you. Jesus did a lot of this kind of healing. Sometimes just touching a saint‘s bone, or a piece of clothing which had belonged to a saint, might be enough to heal you. 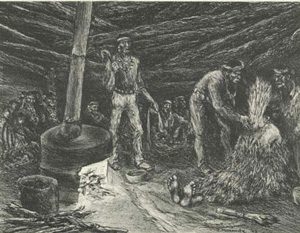 Other times, a magician might make you a magic charm, or say a spell, to cure you. (Usually you would have to pay for this).

Some religious groups organized special healing shrines, that people went to when they were sick. People would often live there until they got better (or until they died). In these places people rested, got plenty of sleep, ate healthy food, drank water instead of wine, and exercised in various ways. Sometimes you took special baths in natural hot springs. You also talked to the priests and priestesses (or monks and nuns) at the shrine. They may have acted a lot like counselors or therapists today. If you were suffering from depression or you were just overweight or you had been working too hard, these places might be just the thing to have you feeling a lot better soon.

Another way to look at  medicine: some common diseases, and what ancient and medieval people did about them

Bibliography and further reading about the history of medicine: