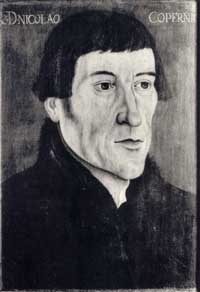 Starting in the 1200s AD, as Europe got richer, great universities got started there. In the later Middle Ages, West Asia and India suffered from the Mongol invasions. West Asian people were too poor to send their children to the old university at Baghdad. In the 1300s, the Black Death killed so many people in Egypt that the old university at Cairo also didn’t have enough students to pay for research. So Europe became the new center for scientific education and research. By the 1500s, silver and gold were pouring into Europe from South America. Europeans got even richer. More and more of them could afford to go to college. That made European universities even stronger.

Many professors at these universities worked to find out the answers to difficult questions. Nicolaus Copernicus worked as an astronomer in Poland about 1540. He read the writings of al-Tusi, and probably those of the Ottoman astronomer Ali Qushji. He agreed with them that the earth and the other planets must go around the sun, and not in Aristotle and Hipparchus‘ perfect circles.

Following ibn al-Haytham, Copernicus came down firmly on the side of the earlier Greek-Egyptian astronomers Aristarchus and Archimedes. He said that since parallax was not visible, the stars must be extremely far away. Copernicus specifically rejected the Egyptian astronomer Ptolemy‘s ideas about retrograde motion. Copernicus also wrote a book on trigonometry, building on the work of al-Tusi and Arya Bhata.

Other astronomers agreed with Copernicus and even went further. In 1576, Thomas Digges suggested that the universe was infinitely large. Giordano Bruno agreed and added the idea that the stars were other suns like ours, with their own planets, where other people might be living. But in 1600, the Pope in Rome had Bruno burned alive at the stake for heresy. Other astronomers were not so advanced. Some still worked as astrologers, using the stars to predict the future. (The Catholic Church thought that was fine.) In 1566, the Danish astronomer Tycho Brahe used an eclipse of the moon to predict the death of Europe’s enemy Suleiman, the Ottoman sultan (not exactly correctly, as it turned out).

The Renaissance also brought Islamic knowledge of medicine to western Europe. Vesalius was a professor at the University of Padua in Italy under Charles V. He started out writing a commentary on the books of al-Razi. But for the first time since Herophilus, doctors like Vesalius also dissected dead people in order to find out what people looked like inside. (The artists Michelangelo and Leonardo da Vinci also did dissections.)

Vesalius was able to correct some of the mistakes the Roman doctor Galen made. In 1547, Andrea Alpago translated some of Ibn al-Nafis‘ medical work into Latin, so European doctors found out that blood went to your lungs before going to the rest of your body. But new medical research was also being done in Europe: Georgius Agricola, for example, showed that miners working underground were much more likely to get lung cancer.