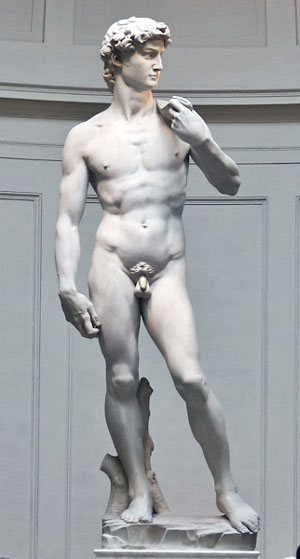 When did Michelangelo live?

Not long after Leonardo da Vinci started working, in 1475 AD, a new artist was born in northern Italy. His name was Michelangelo. Michelangelo’s family said they were descended from the powerful Matilda of Canossa, but Michelangelo’s father was a banker in Florence. He also owned a small marble quarry, where the small boy Michelangelo played and worked.

Leonardo da Vinci
Who was Matilda of Canossa?
Renaissance Florence
All our medieval Europe articles

Michelangelo as a teenager

Michelangelo never took any interest in school, only in painting, so when he was 13 years old his father apprenticed him to a painter. By the time he was 14, his master was paying him for his work. Then Lorenzo de Medici helped him get started. Italy was richer now, as Italian manufacturers took over making paper and knitting silk stockings that they used to buy from Egyptian manufacturers. Italians were making glass and producing sugar, too. Now Italy sold things to Egypt, instead. Rich factory owners, and their bankers, like the Medicis, were able to buy a lot of expensive art. Young Michelangelo was a well-known artist in Florence before he was 17.

What was special about Michelangelo’s painting?

Like Fra Angelico earlier on, Michelangelo worked to make his paintings more like real life. He painted landscape backgrounds and made his scenes more three-dimensional. He also carved statues in marble.

Who was Fra Angelico?
Who was Donatello?
Ancient Roman sculpture

As Italy entered the Renaissance, people in Florence got more and more interested in ancient Rome. Like Donatello, Michelangelo studied ancient Roman statues. He used what he learned in his work. To find out more about real bodies, Michelangelo also (like Leonardo da Vinci) studied the bodies of dead people in the hospital. 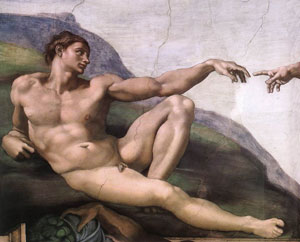 In 1496, when the artist Michelangelo was 21 years old, he left Florence for Rome, to work for the Pope there. In Rome, he carved the Pietà, a large sculpture of Mary mourning for Jesus after he was crucified. And in 1508 he painted the story of God creating Man and the Last Judgment in the Sistine Chapel. That’s in the Pope’s palace in Rome. He worked very hard, and never married or had children. 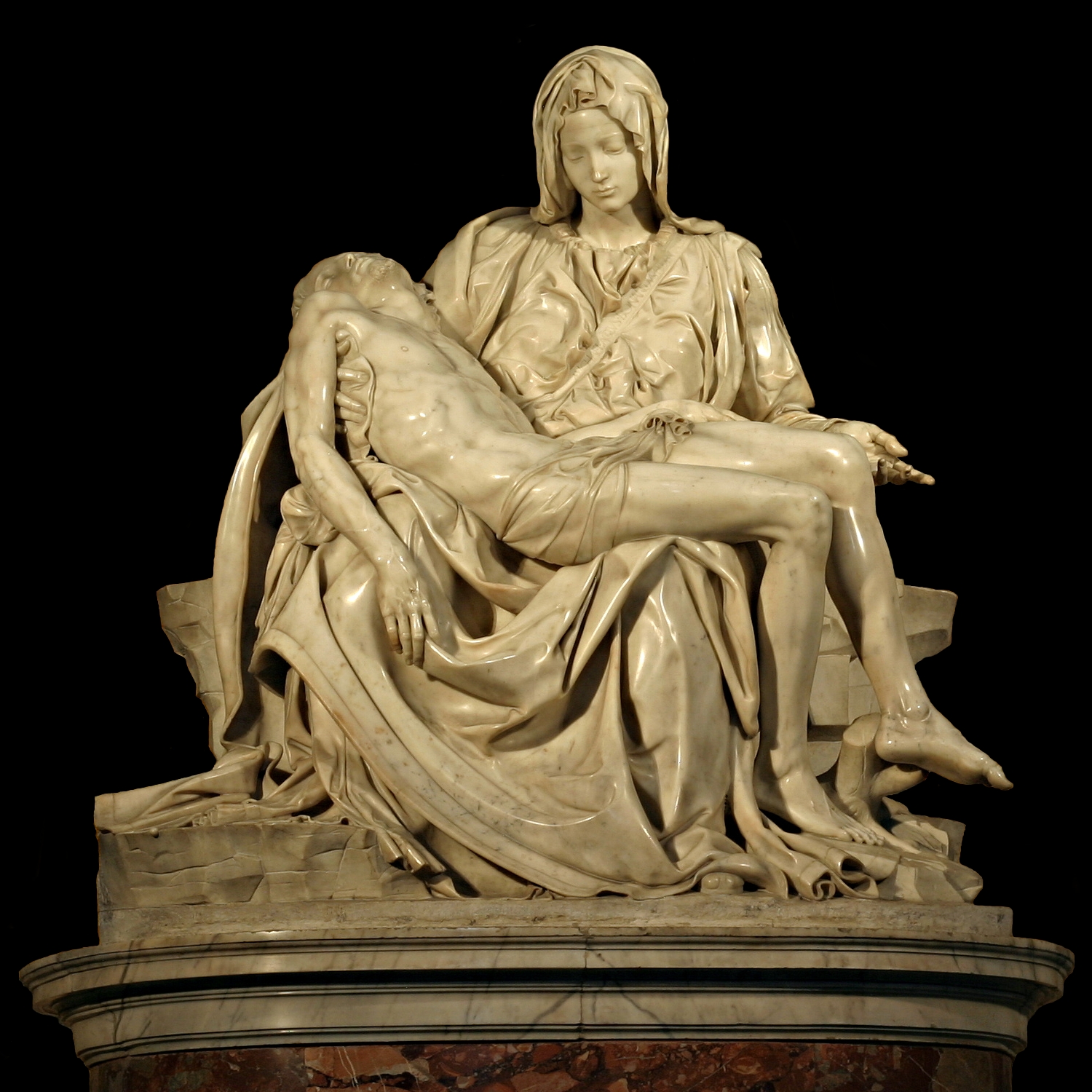 Michelangelo was very famous when he was alive, because he brought a new artistic style to Renaissance Europe. Michelangelo was much more conscious of Roman art than medieval artists were. And he was much more interested in exactly how the human body worked and how he could show that in stone. But he still mainly did Christian religious pieces – David, Moses, Adam, Jesus – like earlier medieval artists.

But sculpture and painting weren’t enough for Michelangelo. When he was an old man, he also designed the dome for the new basilica of St. Peter’s in Rome. Michelangelo died in Rome in 1564, when he was 88 years old. His family buried him in Florence, his home town.

What is a dome?

Learn by doing: copy one of Michelangelo’s paintings
More about Raphael
More about Leonardo da Vinci
And more about the Renaissance

Bibliography and further reading about Michelangelo: