Who was Hipparchus? Greek astronomy 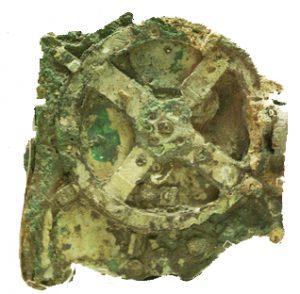 Antikythera mechanism: a clockwork machine to calculate how the earth and the sun move around

When did Hipparchus live?

Hipparchus was a Greek astronomer and mathematician in the 100s BC, in the time of the first big empires. He used trigonometry to calculate how far away the moon was from the earth.

Where was Hipparchus from?

Hipparchus was born about 190 BC in Nicaea (now in Turkey), but he did most of his work on the island of Rhodes. At this time, Rhodes was an independent and rich country, even though it was mostly under the power of the Roman Empire.

Hipparchus started from the work of Aristarchus. Aristarchus had proposed around 250 BC that the earth went around the sun. Perhaps as part of his work on parallax, Hipparchus made a catalogue of the locations of hundreds of visible stars.

Who was Aristarchus?
Who was Euclid?
Earth in Greek astronomy

Like Aristarchus, Hipparchus started out trying to use Euclid‘s geometry to figure out the movements of the earth, the moon, and the sun.

But around 150 BC, Hipparchus realized that Euclid’s geometry was meant for things that stood still. It didn’t work well for things like the earth, the moon, and the sun that moved through space. Hipparchus began to develop a mathematical system that would work for moving objects.

What is trigonometry?
The Pythagorean Theorem
Who was Archimedes?

We call this system trigonometry, which means “measuring triangles”, but it’s really a system for measuring changes in the size of triangles. Hipparchus combined the Pythagorean Theorem and some of Archimedes‘ work to calculate lists of sines and cosines.

For the same reason, Hipparchus may have been behind the construction of the Antikythera Mechanism built in Rhodes about this time. It’s a clockwork machine made of bronze that moves parts around when you turn the gears in order to predict eclipses (Archaeologists found it on a shipwreck).

Despite Aristarchus’ work, though, the Antikythera Mechanism is not a model where the earth goes around the sun. In this machine, the earth stands still, and the moon and sun and planets have to move in very complicated ways, including backwards sometimes, in order to make them appear to match reality. Tiny writing on the machine seems to show that people used machines like this to figure out astrological horoscopes, to try to predict the future. (That doesn’t work.)

Nobody knows whether Hipparchus was also the first to turn trigonometry around in space to make three-dimensional calculations. But it seems likely that he was, since he wanted to use trigonometry in space.

Learn by doing: the earth-sun-moon game
More about astronomy: Ptolemy

The Shining Stars: Greek Legends of the Zodiac, by Ghislaine Vautier, Kenneth McLeish and Jacqueline Bezencon (reprinted 1989). A Greek myth for each star sign, with drawings of the constellations so you can find them in the sky. Easy reading.