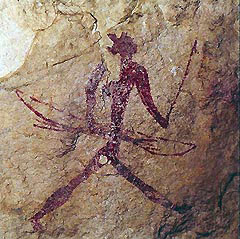 The first people in Europe lived by hunting and gathering; they probably had both dogs and bows and arrows to help them by the time they arrived.

By the Neolithic, around 5000 BC, people also started farming a lot of their food. Around the same time, the people of Central Europe began mining and exporting salt, which made them very wealthy. To add value, they became expert producers of salted bacon, ham, and sausage from their pigs.

History of salt
Where did pigs come from?
Food in northern Europe

In the early Bronze Age (ca. 2000 BC) the arrival of the Yamnaya from Central Asia brought horses and wagons to Europe, and Europeans started to ride horses when they hunted. Donkeys from Africa arrived in Europe about the same time.

History of horses
Where do donkeys come from?
Who were the Yamnaya? 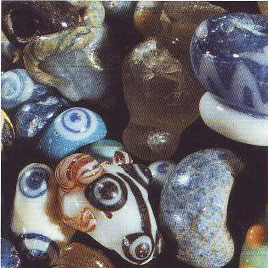 By around 1500 BC, Phoenician and Greek traders were beginning to sail all around the Mediterranean Sea looking for tin to make bronze. The British opened big tin mines, and exported their tin both along the Atlantic coast and along rivers through France.

What is tin?
More about bronze
Who were the Phoenicians?
History of slavery

In return for the tin and furs, salt, wood, dogs, and enslaved people, Europeans got glass beads, spices, medicine, wine, and linen cloth. By about 700 BC Illyrians were making their own glass beads from recycled glass, and, by about 500 BC, they were also minting their own silver coins.

Who invented glass?
History of money 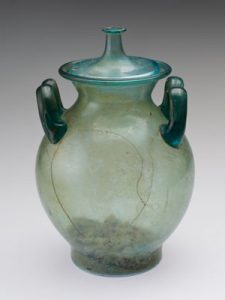 The Roman Empire conquered about half of Europe, including the Hallstatt salt mines, by about 50 AD. Inside the Roman Empire the economy grew rapidly, as the Roman government organized paved roads, messenger services, and reliable money.

Economy of the Roman Empire
Glass and glass-blowing
The Illyrians

People were forced into a production economy by the need to pay taxes to Rome. There were huge glass factories in Cologne, in northern Germany, the salt mines of Austria, and giant water mills to grind wheat and barley in France.

Outside the Roman Empire

Rome’s economic power also affected Europeans outside the Roman Empire. Many men from outside the Empire fought for the Roman army as auxiliary or mercenary troops. Traders all along the borders exchanged Roman stuff for Northern European wheat and barley, enslaved people, wood, furs and cattle.

The Roman army
What are mercenaries?

As the Roman Empire collapsed in the 300s and 400s AD, so did these trading arrangements and the pay for the mercenary soldiers. Seeking wealth, some Europeans crossed the border into the Empire, and others became raiders.

The Silk Road
The Visigoths

Some European traders looked east, and began to trade across Russia and the Balkans with the Byzantine Empire or directly with Central Asian traders along the Silk Road. But even so, the fall of Rome meant a lot less trading in Europe, and most Europeans were much poorer in the Early Middle Ages.

Did you find out what you wanted to know about the early European economy? Let us know in the comments!

Learn by doing: watch some glass-blowing
More about the medieval economy

Bibliography and further reading about the early European economy: