Food is one of the most important ways that people can show what group they belong to: we eat this kind of food, and our enemies, those people over there, they eat some other weird kind of food that we wouldn’t touch with a ten foot pole. 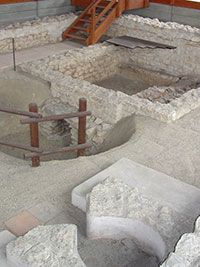 Mostly this was because the hotter, drier climate in the south made it possible to grow grapevines (for wine) and olive trees (for oil), but in Germany it was easier to grow grain and there was plenty of pasture for cattle as well. So people in northern Europe drank beer, because you make beer out of barley, and they ate butter, because butter comes from cows’ milk. Big salt mines in what is now Austria helped northern Europeans make a lot of sausage, bacon, and ham. 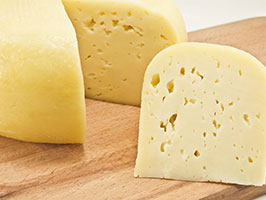 Probably the Germans also ate more milk, cheese, and meat than the Romans did, because they kept cows. This may explain why Romans like Tacitus describe the Germans as being larger people than Romans: they had more protein in their diets while they were growing up (French people, who tend to be small, are always telling me that the reason Americans are so oversized is that they drink too much milk when they are children).

Learn by doing: eat some ham and cheese
More about pigs and pork