Why are chestnuts a famine food? 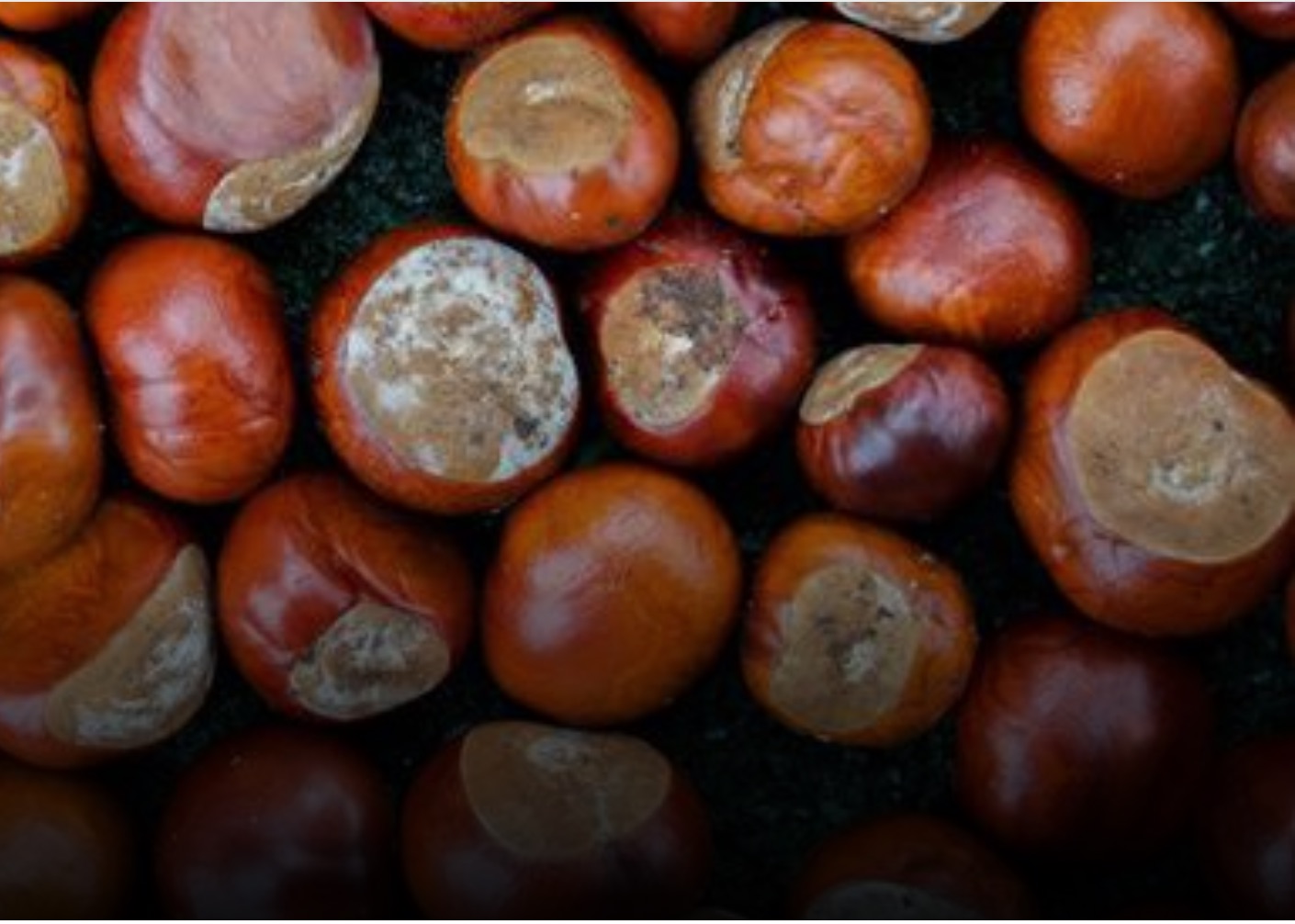 A pile of chestnuts

When did chestnuts evolve?

Chestnut trees are related to oak trees, and like oak trees they probably evolved early, around 66 million years ago, around the end of the Cretaceous period, just before the dinosaurs died off.

The Cretaceous period
Evolution of trees
More about dinosaurs

Where do chestnut trees grow?

Wild chestnut trees grew in the eastern half of North America and all across Europe and northern Asia. (Horse chestnuts look a lot the same but aren’t related.)

What time of year do chestnuts ripen? 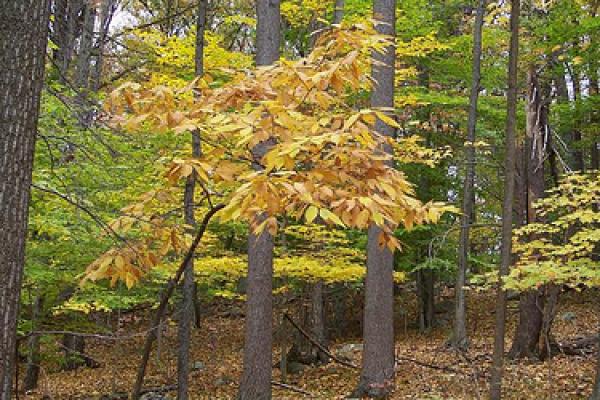 Dinosaurs probably ate chestnuts, and after the dinosaurs died chestnuts were an important food for birds and mammals. Wild pigs, deer, squirrels, and pigeons all ate a lot of chestnuts. Chestnuts ripen around the end of September and fall to the ground by themselves, so they’re easy for animals to get.

When did people start to eat chestnuts?

People probably started to eat chestnuts too, as soon as they travelled far enough north from Africa to where chestnuts grew. Probably people first met up with chestnuts in what is now Turkey, or in northern China, around 50,000 years ago. When the first people crossed the Mississippi River, around 15,000 BCE, they ate a different kind of chestnuts there, too.

When did people start planting chestnuts?

People liked to eat wheat and barley better, but on high hills and in forests where wheat and barley wouldn’t grow, a lot of poorer people in Europe and Asia, from Russia to China and Japan, lived mainly on chestnuts. By about 5000 BCE, people were planting their own chestnut trees.

Even in places where farmers grew wheat and barley, they liked to have chestnut trees growing up on the hills, so if anything happened to their wheat and barley they could go pick the chestnuts to keep from starving. Whole villages hiked all together out to the forests for several weeks to pick the chestnuts and store them for the winter. Families spent the cold winter doing the hard work of taking the shells off the nuts.

How did people cook chestnuts?

All across Asia and Europe and in eastern North America, people ate chestnuts raw, or roasted, or they ground chestnuts up and made them into a kind of bread, or pancakes, noodles, or polenta, or they boiled them into soup. Chestnuts – unlike almonds or walnuts – don’t have a lot of protein or fat; they’re mostly carbohydrates, so they’re not as good for you as wheat. They’re a good source of Vitamin C though.

Where do almonds come from?
Some projects with almonds

When did people stop eating so many chestnuts?

By the late 1800s, though, most people could afford to eat wheat and barley, or they lived on potatoes – which have more protein – instead of chestnuts. Mostly people left the chestnuts for animals to eat. Then around 1900, traders brought Asian chestnut trees to America to plant in gardens.

Where do potatoes come from?
What is a fungus?

Bibliography and further reading about the history of chestnuts:

More about Apples
And about Rye Bread
More about European Food
Quatr.us home