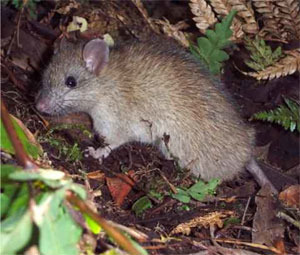 When did the first mammals evolve?

About 200 million years ago, when all the land on Earth was stuck together in one big continent called Pangaea, some animals related to reptiles living on Pangaea gradually evolved into a new group called mammals (MAMM-elz). The mammals were different from the earlier reptiles in several ways.

More about reptiles
The Triassic period
All our biology articles

How are mammals different?

First, they were warm-blooded – they could burn food to keep themselves warm in Pangaea’s cold winters. Second, they turned the reptile scales into hair that helped keep them warm. Third, they were born alive instead of inside eggs like reptiles. And fourth, baby mammals got milk from their mothers until they were old enough to eat food.

The first mammals probably still hatched out of eggs, even though they nursed from their mothers, like today’s duckbilled platypus. These first mammals lived during the time of the dinosaurs.

They kept out of the way of the dinosaurs, so the dinosaurs wouldn’t eat them. Most of these early mammals were small, like rats or mice, although some were big enough to eat baby dinosaurs.

Why did mammals get bigger?

But about 70 million years ago, a large meteor hit the earth and the dust from that made the earth colder and killed most of the dinosaurs. Now that the dinosaurs weren’t taking up so much room, some mammals began to evolve into bigger animals. Some of these bigger animals were marsupials (like opossums), while others were placental mammals (like aurochs).

What is a meteor?
Pangaea and plate tectonics
More about opossums
What is an aurochs?

Why are there so many kinds of mammals?

Tertiary period
The story of camels
Where do horses come from?
What about bison?

In Australia, the marsupials survived, and evolved into modern kangaroos and opossums. Everywhere else in the world, most of the marsupials died out and other mammals replaced them. In North America, camels and horses developed. In Africa and India, there were elephants. In Central Asia, there were aurochs and bison.

When did primates evolve?

By around two million years ago, the apes that eventually became people split off from the other animals. These kept on evolving and then first people that were the same as you evolved about 100,000 years ago. 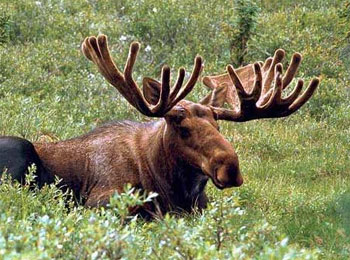 During the last Ice Age, about 15,000 BC, many mammals on each continent evolved to huge sizes, becoming mammoths and huge bears and sabre-toothed tigers. After the Ice Age ended, about 10,000 BC, most of these big animals died, either because of the warmer climate, or because people hunted them to extinction, or some combination.

What are llamas?
American environment

Only their smaller cousins, the elephants, bears and tigers of today, were left. In North America, nearly all the big animals died out and only bison lived, even though similar camels and horses and elephants survived in Asia and llamas survived in South America.

People also began to take over more and more of the earth after the end of the last Ice Age. First dogs, then sheep and other mammals found a way to adapt by becoming domesticated and having people take care of them.

Where do dogs come from?
How about sheep?
Early humans

Today only a few species of mammals exist in large numbers on Earth, and they are all people or animals that people take care of (whether on purpose or by accident), like rats, mice, cats, dogs, cows, donkeys, camels, pigs and sheep.

All of the other animals, like aurochs, elephants, tigers, zebras, bison and raccoons, are becoming more and more rare. Many of them will soon become extinct (and some already have).

What about other chordates (fish, reptiles, birds)?

Bibliography and further reading about mammals:

What about other chordates (fish, reptiles, birds)?
Biology
Quatr.us home