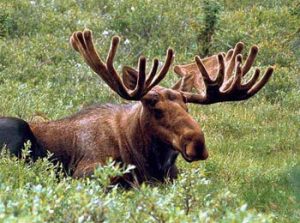 With nearly all of the dinosaurs gone, there was plenty of room on Earth for the mammals to have lots of babies, and soon there were all different kinds of mammals all over the Earth. About 56 million years ago, the first primates evolved – the ancestors of today’s monkeys and people. 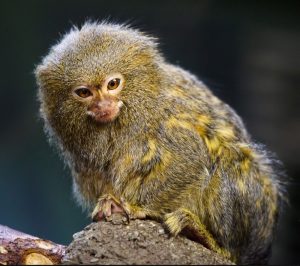 The earliest primates probably looked something like this little marmoset monkey.

As the continents continued to drift apart, plate tectonics caused a lot of volcanoes. Some continents ran into each other: about 60 million years ago California ran into North America, causing the Rocky Mountains. 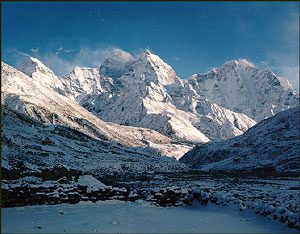 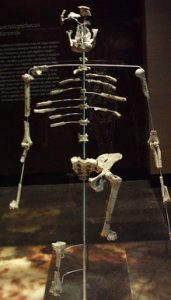 Lucy – the skeleton of one of the earliest humans

Then another Ice Age ends the Tertiary period

Finally, the Tertiary period ended. The planet got cool enough to cause the last big Ice Age, about 1.8 million years ago. The next age is the age we’re still in now; we call it the Quaternary period.

So did you find out what you wanted to know about the Tertiary period and the evolution of mammals? Let us know in the comments!

Learn by doing: find these mountain ranges on a globe or map
Go back to the Cretaceous period
Go on to the Quaternary period

Bibliography and further reading about the Tertiary period and geology: