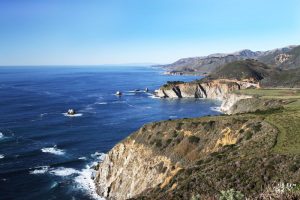 Paleo-Indians probably travelled along the Pacific coast of North America

South along the Pacific Coast

Other people gradually went south along the Pacific coast, looking for warmer weather, little by little. Most of them probably got most of their food by fishing, gathering shellfish, and hunting seals. By about 14,000 BC, this group split up into smaller groups all over the West Coast and the Southwest. Some of these groups reached Central America and then South America around that time. 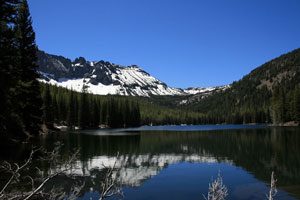 A third group of Paleo-Indians headed east instead of going south. As the mammoth became extinct, these Paleo-Indians began to hunt bison instead. They used spears and atlatls to hunt.

What’s an atlatl?
More about bison

Eventually they reached the east coast of North America. By 12,500 BC, there were people living in Florida. Here there were still mammoths, but they didn’t last long. All up and down the East Coast, like other Stone Age people, the Native Americans ate a lot of fish and shellfish.

By the time Native Americans had covered the whole country, people in North America had developed different languages, and couldn’t understand each other talking anymore.

The cold snap we call the Younger Dryas, which started about 11,000 BC and ended about 9,500 BC when warmer weather came back, created a good environment for Native Americans to live in, with plenty of variety.

Then around 9000 BC, with the end of the Younger Dryas, another of these West Coast or Central American groups moved south into South America. They mostly replaced the people who had come first – maybe there was a war? or some sort of sickness? Nobody knows yet.

The Stone Age around the world

Learn by doing: make and use an atlatl
Go on to the Archaic period

Bibliography and further reading about the Paleo-Indian period: