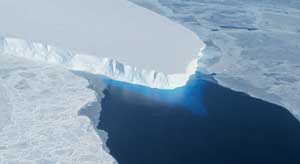 When did the Archaic period begin?

After the Paleo-Indian period,  came the Archaic period. The Archaic started about 8000 BC. (That’s ten thousand years ago.)

More about Paleo-Indian period
What about the Ice Age?
All our Native American articles

People settled alongside lakes and rivers

Probably there were getting to be more and more people in North America. They started to form bigger groups. Maybe they had chiefs. They traded with other groups to get better stone for their spear points.

History of fishing
More about flint

Many people lived along rivers. They ate a lot of fish that they caught in the rivers. They used canoes to trade up and down the river. During this warmer time, new people came over from Siberia into North America by way of the Arctic Ocean. They gradually traveled all over the Arctic coast, and got to be known as the Tuniit people.

Read more about the Tuniit people 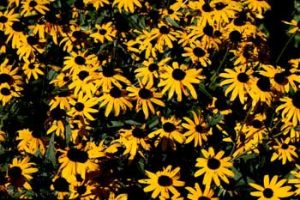 After 6000 BC, in the Middle Archaic period, there were enough people in North America that things began to get a little more crowded. Not everybody could live along the coasts or rivers, fishing and gathering shellfish and seaweed.

People hunted mammoth and other big animals so much that they became extinct. So people began to gather more of their food – more nuts, fruits, berries, and seeds like wild rice and sunflower seeds.

People also settled down in houses with storage pits, though they didn’t stay in their houses all year round. In the summer, they traveled and slept in tents.

In the southern part of North America, closer to more advanced Central American cultures, the Middle Archaic ended about 3000 BC. But further north among the Chinook, people lived in a Middle Archaic way until about 1000 BC. 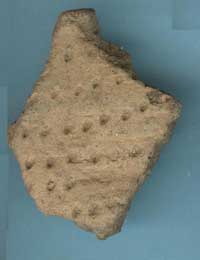 By 3000 BC, in the Late Archaic period, some people living along the Mississippi River (in modern Louisiana) may have been building earth burial mounds. This is the same time as the Pyramids in Egypt (but the Pyramids are built of cut stone).

Some towns got to be bigger than others and probably controlled the villages around them, as in a complex chiefdom.

What is a complex chiefdom?

People began to specialize what they hunted and gathered according to what was available where they were living. Along the middle of the East Coast, for instance, people gathered fresh-water mussels, while further south they lived on salt-water oysters.

The end of the Archaic period – farming corn and beans

Near the end of the Archaic period, about 1500 BC, some Iroquois people seem to have split off and traveled south to become the Cherokee. At the same time, people even further south (in modern Georgia and Florida) began to use pottery. It’s possible they learned about pottery from the Arawak people to their south.

Pueblo people in the south-west of North America (modern Arizona) also began to farm corn and beans that they had gotten from the pre-Olmec people in Mexico to their south.

The Late Archaic period of Native American history lasted until about 1000 BC. After that came the Woodland period.

Learn by doing: eat some mussels or oysters
Go on to the Woodland period