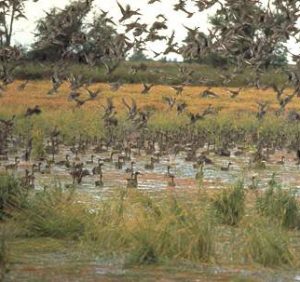 Where did Cree people come from?

The Cree probably started out as part of the Athabascan crew. When other Native people spread out south and east, the Athabascans, or Dene, stayed up north.

Their language became different. But then later, they moved south and east too. The Athabascans who moved to the Great Lakes became the Cree.

Where did the Cree live?

From the Paleo-Indian period onward, Cree people lived near the Great Lakes. They spread across a big part of what is now the northern United States and southern Canada.

Who were the Algonquin?
Native American economy

They were related to the Algonquin, who were also Athabascans. The Algonquin had moved even further east. Many other people who lived near them also learned Cree as a second language, because lots of people used the Cree language as a common language for trading.

What did Cree people do for food?

Cree people lived in small villages along the Great Lakes, and got most of their food by hunting deer and small animals, fishing, and gathering wild rice.

Who were the Cheyenne?
Later Cree history (with Europeans)

Unlike their neighbors the Cheyenne, who spoke a related language, Cree people were not farmers. They didn’t need to be farmers, when the shores of the Great Lakes gave them plenty to eat anytime.

Learn by doing: cook and eat some wild rice (you can get it at the store)
More about the Cree

Bibliography and further reading about the Cree:

Or check out this article about the Cree in the Encyclopedia Britannica.

The Cree after Europeans invaded
The Algonquins
The Sioux
The Cheyenne
More about the Native Americans
Quatr.us home