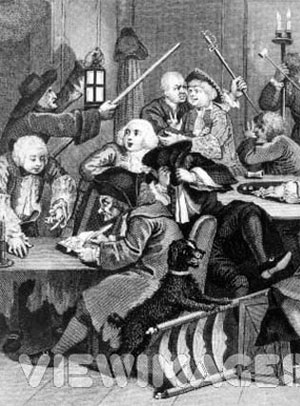 During the 1500s and 1600s AD, European traders brought back all kinds of new foods from places they sailed to around the world. Rich people began to eat sugar and ginger from India. (Combining these two new foods together gave us the gingerbread man).

History of sugar
Renaissance economy
All our modern Europe articles

They drank hot chocolate from Central America, coffee from East Africa, and tea from China. Coffee and tea encouraged more and more people to start eating breakfast, which became more common in the 1500s.

Chocolate comes to Europe
Where did coffee come from?
All the tea in China

Breakfast became more common after 1500 because more people were working for a boss, and they had to work much longer hours than before. They didn’t get their supper until 7 or 8 pm, so they wanted to have their dinner about noon, and then they were too hungry before dinner if they didn’t have breakfast when they got up. So most people started to eat breakfast.

But most people couldn’t afford fancy imported foods. They were still living mainly the way they had in the Middle Ages – on barley – barley porridge, barley bread, and barley soup, or, in northern Europe, on rye bread (“black bread”). The Little Ice Age made it harder to grow food, and made rye more important than barley even further south. People hated the rye bread, but they had to eat it anyway. 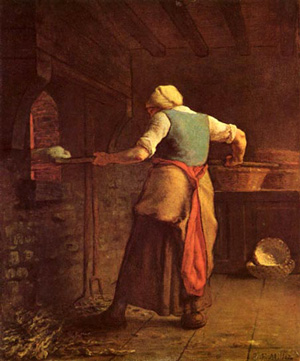 But colonialism – conquering other countries and profiting from the work of people in India and Africa and South America – made Europeans richer. European food history is largely the history of colonialism.

In the 1600s and 1700s, people in Europe got richer and got more political power – the British had Cromwell, and then the French had the French Revolution.

The French revolution
Germany and Bismarck
History of wheat bread

The newly powerful citizens demanded white bread – wheat bread – instead of that horrible rye bread. By the late 1800s, after the end of the Little Ice Age, even in Germany only beggars and prisoners ate rye bread. That’s why in Heidi, her Swiss grandma is so pathetic about the “black bread.”

Thanks to colonialism and the slave trade, Europe could also support educated food scientists, and these scientists also began to create new foods to please people who could now afford to buy them. They made the first big orange carrots in the 1600s. 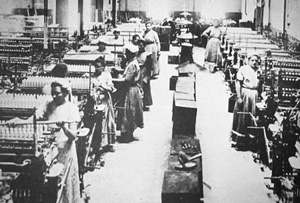 Colonialism and trade also brought new foods from other countries. Most of the new South American foods were hot-weather foods, so potatoes, tomatoes, and corn were hard to grow in Europe. Sweet potatoes, yuca, and peanuts were impossible to grow. Europeans still don’t really eat corn, sweet potatoes, yuca, chili peppers, or peanuts.

But by the 1800s Europeans began to eat potatoes, and then tomatoes, both from South America. Cooks in Europe cooked these foods in new ways, inventing french fries and potato salad, and adding tomato sauce to pizza and spaghetti and gazpacho and fried zucchini flowers.

History of potatoes
When did tomatoes come to Europe?
How about zucchini?
Chocolate in the 1800s

Food scientists developed the chocolate bar in the 1800s. As modern countries formed, governments encouraged all French people or all Italian people to eat the same way, mixing up the food of each small region. So instead of only Bretons eating crepes, people all over France began to eat them. Instead of only people from Bavaria eating pretzels, people all over Germany began to eat pretzels.

In the 1900s, even more new foods came to Europe from around the world. People moving to Europe from Asia and Africa brought with them new foods like couscous, tofu, peanut oil, safflower oil, and curry.

What is tofu?
Where does safflower oil come from?