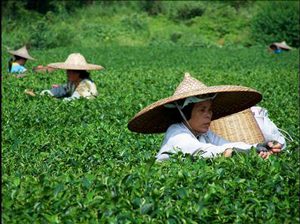 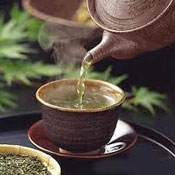 By the time of the Han Dynasty, about 200 BC, Chinese doctors used to tell sick people to drink tea as a kind of medicine. People offered tea to guests when they came to your house. Families that were too poor to buy tea offered their guests hot water. 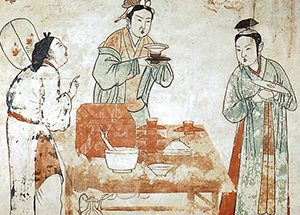 Around 600 AD, when the Sui Dynasty conquered South China, they brought back tea-drinking with them to northern China. In northern China, the word for tea was “chai”. Tea was a luxury, and mostly men drank it, while women only prepared it. 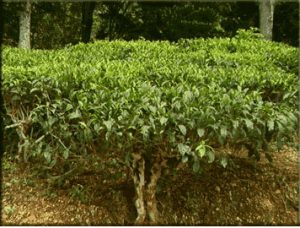 Fifty years later, Sogdian traders along the Silk Road brought tea from northern China to the Islamic Empire, where it soon became a popular drink. People in the Islamic Empire had just begun to get sugar from India, so they soon began to drink sugar in their tea (but people in China drank their tea without sugar). 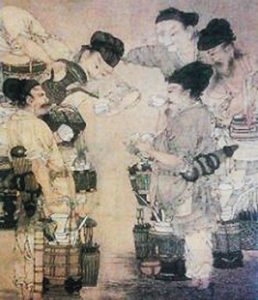 When European travelers first began coming to China in the 1600s AD, Chinese people offered them tea to drink. The English word “tea” comes from the South Chinese word “te” for tea. These Europeans took lots of tea back to Europe, where tea became very popular. But tea bushes won’t grow well in Europe’s wet, cold climate. Tea bushes need to be hot and dry. So the Europeans had to keep buying all their tea from China. To keep from paying high prices for Chinese tea, the British, who had conquered India, began to grow tea there in the 1700s, and soon a lot of the world’s tea came from India. By the 1900s, the British were also growing tea across the Indian Ocean in Kenya, and Portuguese colonialists were growing tea in Mozambique.

Bibliography and further reading about tea: