History of Electricity – Science of shocks

History of electricity: A bolt of lightning in the sky

Why did it take so long to control electricity?

Like other inventions, electricity took thousands of years to develop. For centuries. scientists all over the world investigated first one idea and then another. At first, of course, they didn’t even know what they were trying to figure out. They didn’t know what questions to ask.

What is electricity?
Lightning and thunder
More history of science

Scientists grouped together unseen forces – both magnetism and electricity. They tried to figure out whether these forces were inside the attractor, like love inside a person, or particles that poured out of the attractor, like water flowing from a spring. And how could people use them?

Ancient Egyptian doctors knew about the electric shocks that Nile catfish could give. They tried using powdered catfish as a medicine. (That didn’t work. You needed a live catfish.)

Both Plato and Aristotle, in the 300s BC, mention the torpedo ray. A torpedo ray’s electric discharge stuns people. Their successor Theophrastus knew that torpedo rays could stun without touching you, through fishermen’s wet hemp nets, wooden rods, or tridents. Weird, right? 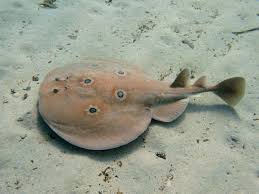 History of electricity: A torpedo ray on the ocean floor

Plutarch adds new information about torpedo rays. He says that “some who have experimented further with it report that, if it is washed ashore alive and you pour water on it from above, you may perceive a numbness mounting to the hand and dulling your sense of touch by way of the water, which, so it seems, suffers a change and is first infected.”

Pliny the Elder and electric fish

Pliny the Elder takes it further. He mentions that the torpedo rays’s aura seems to pass through water and metal better than through other things.

Roman doctors, including Scribonius Largus, Dioscurides, and Galen, started to use torpedo rays to give shocks to patients, to cure chronic pain from headaches or gout, and possibly hemorrhoids too.

Galen and Roman medicine
Who were the Inca? 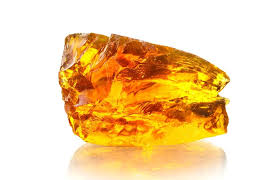 History of electricity: A chunk of amber

In the 1100s, ibn Rushd, in Spain, wrote about torpedo rays, and how they can numb the hands of fishermen without affecting the net: ibn Rushd concluded that this force could affect only some kinds of objects, while others passed the force through without being affected themselves. Abd al-Latif, working in Egypt about 1200 AD, reported that electric catfish in the Nile could do the same things as torpedo rays, only much stronger.

Other scientists worked with static electricity. The Greek scientist Thales, about 630 BC, knew that if you rubbed amber and then touched it, you would get an electric shock. The word “electricity” probably comes from a Phoenician word meaning “shining light” or “sunbeam”, which the Greeks used as their word for amber.

Who was Thales?
Greek science and math

Slowly, scientists started to understand static electricity a little more. Theophrastus, in the 300s BC, knew that another special stone, tourmaline, would attract small things like bits of ash or fur if you heated it. In the 100s AD, in Rome, Seneca made some observations about lightning and St. Elmo’s Fire.

Who was Seneca?
European colonization

William Gilbert in 1600 found out that glass can acquire a static charge just like amber. In the 1600s, colonization made many Europeans richer. More of them went to school. That helped to speed up discoveries, and by 1660 Otto von Guericke built a rotating machine to produce static electricity. Other scientists could do experiments more easily now that they had a way to make electricity.

A third group of scientists worked with natural magnets, or lodestones. The Greek scientist Thales knew that a lodestone could magnetize iron bars.

What is magnetism?
Magnet project
Who was Sushruta?

The Indian surgeon Sushruta, about 500 BC, used lodestones to surgically take out iron splinters. About 450 BC, Empedocles, working in Sicily, thought maybe invisible particles of some kind were pulling the iron towards the magnet like the current of a river. (He thought this was like the way invisible particles of light enter the eye so we can see). The philosopher Epicurus followed Empedocles’ idea.

Meanwhile, scientists in China in the 300s BC were also working with magnets. Using the newly invented steel sewing needle, they developed a way to make artificial magnets, and about 100 BC they invented the magnetic compass.

In 1088 AD, Shen Kuo in China wrote about the magnetic compass and its ability to find north. By the 1100s, Chinese ships carried compasses. About 1100 AD, Islamic astronomers learned how to make compasses from Chinese scientists, and compasses were already normal in Europe by the time Alexander Neckem mentioned them in 1190 AD.

In 1269, soon after Frederick II established the University of Naples as Europe got richer, Peter Peregrinus in southern Italy wrote the first European study of magnets. More scientists started to work on magnets. In 1600, William Gilbert realized that compasses work because the Earth itself is magnetic.

The three branches come together 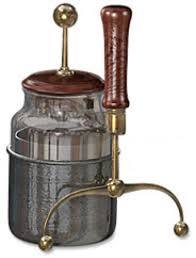 History of electricity: a Leyden jar from the 1700s

About 1700, these three lines of research started to come together as scientists realized they were all related to each other. In 1729, Stephen Gray, in Britain, showed that you can pass current between two things by connecting them. Only five years later, de Cisternay in France recognizes that electricity both attracts and repels. By 1745, scientists were building Leyden jars, which were basically artificial electric fishes. With a Leyden jar, they could store electricity and discharge it all at once like an electric fish. Leyden jars made it much easier (and more exciting) to do experiments with electricity.

Colonization meant that most of those experiments happened in Europe, because most of the world’s money was in Europe. But in the new United States, European settlers did scientific experiments too. Benjamin Franklin experimented with batteries, so you could store electricity and release it gradually instead of just discharging it all at once. We call them “batteries” because that’s what Franklin called them.

The electromagnet and telegraph

In 1819, Hans Christian Oersted realized that an electric current could influence a compass needle. That was so exciting that a lot of people worked on it, and by 1826 Danish and British scientists had figured out how to build an electromagnet.

Michael Faraday figured out how to sent electricity through wires. Faraday didn’t have much math – he hadn’t been to school much –  so it was James Maxwell who figured out the math behind what Faraday was doing.

But with electricity running through copper wires, you could build a telegraph. Telegraphs connected one city to another with long copper wires (like on telephone poles). They could not carry voices, but they could manage clicks, so you could use them to tap out messages in Morse Code.

In the middle of the 1800s, Henry Bessemer figured out how to make a lot of steel cheaply. Everyone figured out a lot of new ways to use this cheap steel. Soon steel and electricity and rubber for insulation came together to make the electric motor.

Medieval and modern steel
Where does rubber come from?

With electric motors to run tractors, spinning machines, power looms, and knitting machines, machines took over most of the work people had always done. More and more people could go to school, and so there were more and more scientists and inventors to create new things.

Decolonizing also meant that scientists all around the world could go back to school and invent things. Just in the last 150 years, that has brought us phones, computers, heart pacemakers, and solar power.

Did you find out what you wanted to know about the history of electricity? Let us know in the comments!

Bibliography and further reading about the history of electricity: