Ancient Greek science: Greek doctor letting blood out of a patient because he believes in the four humors

When did Greek science get started?

By about 600 BC, ancient Greek people were getting richer from trading between Egypt, West Asia, Carthage, and Europe. Now richer families could afford to send their boys to college. More boys got a good education and became scientists. Soon those scientists started to make a lot of new discoveries and invent new things.

Why were Greek scientists mostly men?

A Hellenistic Greek school room in Egypt with decorated walls

The principles of ancient Greek science

Greek men had always been very interested in ways to create order out of chaos, organizing and taming the powerful things like oceans and earthquakes and weather. Earlier Greek people had used music and architecture and religion and laws as ways to organize things, but now educated men started to use science that way too.

Greek scientists got their first lessons in astronomy from the Babylonians, who were very good at astronomy and also very interested in it. Then they started to observe the planets and the sun for themselves. Greek astronomers like Thales figured out that the earth was round, and what caused eclipses.

Diagram for proving the Pythagorean Theorem

At the same time, Greek mathematicians got involved with geometry. They started trying to make rules for how the universe had to work. We call these rules geometrical proofs.

What did Egypt contribute to Greek science?

Other Greek scientists went and studied in Egypt, as some people think Pythagoras did in the 500s BC. Pythagoras worked on geometric proofs (he’s said to have been the first to prove the Pythagorean Theorem) and he also tried to organize music theory. Although Greek men usually didn’t let women study science, some women did study with Pythagoras. 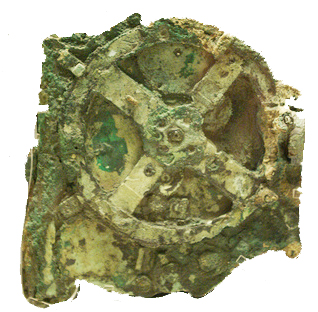 Beginning around 450 BC, Greek men also studied medicine from Egyptian doctors. Then Hippocrates and other Greek doctors wrote books about medicine.

The Greek theory of humors

Greek doctors tried to figure out a scientific theory that explained diseases. They thought if you were sick you had too much or too little of four basic substances: blood, black bile, yellow bile, or phlegm (boogers).

That wasn’t right, but it sounded super scientific and a lot of people were convinced. Doctors in India and China had similar ideas, but maybe a little later.

Categories of plants and animals 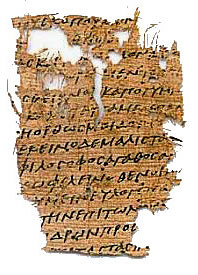 An ancient Egyptian papyrus with a scrap of Aristotle’s “Politics”

In the 300s BC, Plato worked on figuring out how people’s souls and brains worked. Then Aristotle worked on observing plants and animals. He organized the different kinds of plants and animals into types. That’s yet another way of creating order out of chaos.

Greek people also developed theories that you could tell a person’s character from the shape of their head or their eyes or fingers. Indian scientists also shared these ideas, though nobody knows who had the ideas first.

But by the end of the 300s BC, although scientists like Euclid, Aristarchus, and Eratosthenes still wrote books in Greek, they mostly lived in richer places like Egypt or Syria. And a lot of the world’s scientists lived in India, where they wrote in Hindi.