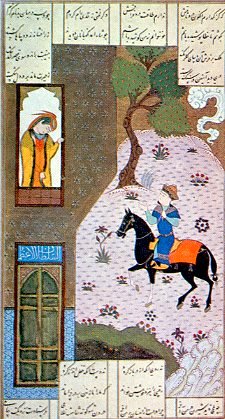 Why did people cover up their bodies?

It was hot in the Islamic Empire. So people mostly dressed to protect themselves from the sun. The best way to keep from getting sunburns was to keep your skin covered with cloth as much as possible. Medieval Islamic clothing involved long skirts, veils, and turbans.

At the same time, people also believed that God wanted them to cover up. They thought this especially about women, so that men would not see their bodies. People said that women would be safer if their bodies were hidden under layers of cloth. 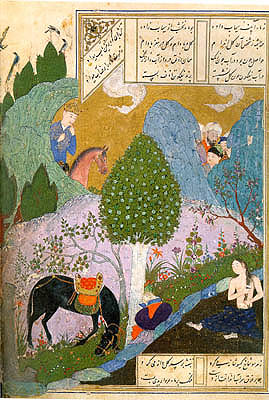 What did Muslim women wear?

So women in the Islamic Empire wore long, loose tunics. The tunics were like T-shirts that reached down to your knees. They were usually linen or cotton, and sometimes silk or hemp. Women also wore loose pants under their tunics. And over their tunics, they wore veils, made of one large piece of cotton, linen, or silk cloth. They wrapped their veils around themselves however was most convenient.

Where does cotton come from?
How about linen?
History of silk
What is hemp cloth?

But if women were out in a crowd, or wanted to seem especially modest, they pulled the veil across their face so no one could see them. The veil was actually very useful not only for modesty and for keeping the sun off your head, but also for a lot of other purposes. You always had a handkerchief available, or you could use your veil as a baby sling, or a picnic tablecloth, or a bandage, or a little tent, or a light blanket. 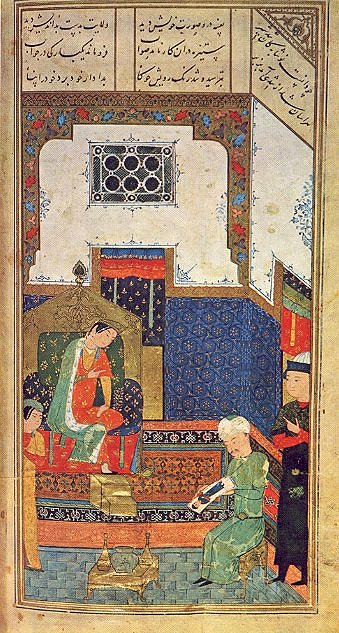 What did Muslim men wear?

Islamic men generally dressed a lot the same as women. They also wore tunics, sometimes long but generally only to their knees. And they also sometimes wore loose pants under their tunics. Over the top they had a large piece of cloth, like the veil, but men would call it a cloak. You could use a cloak to keep off the sun or the rain. Or it could keep you warm if it was cold in the desert at night. Or it could be a blanket or a tablecloth, or a backpack. Your cloak would hide your face if you didn’t want people to know who you were. It could even be a baby sling sometimes.

Often men also wore another, smaller piece of cloth wrapped around their heads as a turban, to keep off the sun. There were a lot of different ways to wind a turban. Each one showed something about who you were and what group of people you belonged to.

For shoes, many people wore slippers (like our ballet flats) or flipflops woven out of straw or made of leather. Some women had leather shoes or boots. Many other people didn’t own shoes at all.

It was in the Islamic period that silk first became a common fabric in West Asia. During the Roman and Sassanian Empires, only people in China knew how to make silk cloth. If you wanted to wear silk clothes you had to get a trader to bring them all the way from China. So they were very expensive.

About 650 AD, however, people in West Asia started a local silk industry. Soon silk became much cheaper, and so more people wore it. The new steel needles from China also made silk embroidery possible. And the traders of the Islamic empire did good business selling the silk clothes to the people of France, England, Italy and Germany, where mulberry trees would not grow because it was too cold. In exchange, Islamic people bought wool cloth from northern Europe, shipped through Florence and Venice. 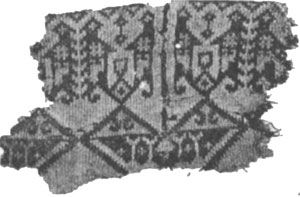 Growing cotton in the Islamic Empire

Cotton, also, first came to West Asia from India during the Islamic Empire. And, like silk, for a long time cotton was not produced in Europe. Instead, Islamic traders sold cotton cloth west to Europeans and Africans and east to China. At first, they got their cotton from India. Then people in the Islamic Empire started to grow cotton for themselves. They bought enslaved people from Africa and brought them to Southwest Asia to work in the cotton fields. (Later on, this led to expanding cotton growing into the American South and Brazil…)

Knitting and the spinning wheel

Woven cloth isn’t very stretchy, so people had always used knotted yarn to make stretchy hats and socks. In late antiquity, manufacturers probably in Egypt invented knitting, which was a much faster way to make those knotted, stretchy fabrics. Knitting really took off during the Islamic Empire. Knitted socks and stockings got so popular that the spinners couldn’t make enough yarn for everyone.

Who invented knitting?
The spinning wheel

Learn by doing: a Medieval Islamic day
More about the history of cotton