What is hemp cloth? Chinese clothing 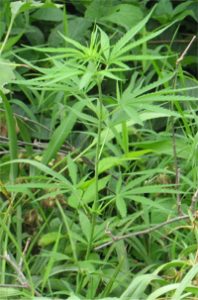 Where does hemp grow wild?

Before people ever thought of using it for anything, hemp grew wild all over Central Asia, India, and East Asia. It’s related to cabbage plants. Probably hemp began to grow near where people lived on its own, without any help from people.

Hemp likes to grow where the ground has been disturbed, especially on very rich soil. Places where people had been digging up roots and throwing their garbage around were perfect places for hemp to grow, so hemp grew wherever there were people.

When did people start to use hemp?

After a while, people began to notice this plant that was always hanging around and to see how they could make it useful. By about 50,000 BC, in the Stone Age, people in China were already using wild hemp stalks to make string for nets. Eating or smoking hemp leaves as a medicine or for fun probably started about the same time.

Growing hemp for clothing and oil

By 8000 BC, people in Gordion (modern Turkey) were making hemp cloth. Farmers in China and India were probably the first to grow hemp on purpose, about 4000 BC. They probably grew hemp mainly for the seeds, which you can eat for their oil. But women also wove clothing out of the hemp stalks.

Early Chinese clothing
Chinese silk
Where does cotton come from?
History of linen
Sheep and wool

Where did people grow hemp?

In India, people mostly wore cotton clothing, but cotton didn’t grow in China, and people there made all their clothes out of hemp cloth or silk. People also made sails for their ships and tents out of hemp stalks. Soldiers and hunters used hemp to make bow-strings.

Bows and arrows
Ships and sailing
Using hemp for paper

In Central Asia, people like the Scythians also spun their clothes and other string out of hemp. During the Han Dynasty, about 100 BC, people in China also invented ways to use hemp to make paper.

From hemp to cotton

People in China kept on wearing mostly hemp clothing until the Mongols conquered China in the 1200s AD. The Mongols had found out about cotton clothing when they invaded India. They brought that cotton to China, and encouraged farmers to grow it. From then on most people in China wore cotton instead of hemp.

Bibliography and further reading about hemp: