Guide for the Perplexed – Maimonides 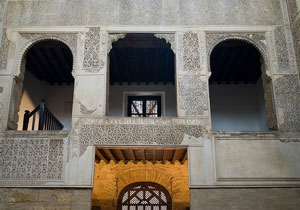 Maimonides studied in this Cordoba synagogue in Spain (1315 AD, rebuilt from Maimonides’ time)

What did Maimonides study?

When Maimonides was a child, in the 1100s AD, he studied Jewish religious law in the Cordoba synagogue, in Spain. When he was a young man, he studied Aristotle and other scientific philosophers at the University of Fez in Morocco.

Who was Aristotle?
What is the Talmud?
Maimonides on health care
All our Islamic Empire articles

What was Maimonides trying to do?

Medieval Islamic medicine
What is a rabbi?
Who was Ibn Rushd?
What is the Quran?

Maimonides wasn’t alone in thinking about this question. Probably a lot of people were wondering how to combine science and religion at this time. The scholar Ibn Rushd, writing about the same time, worked to find a way for the Islamic Quran to work with science, too. 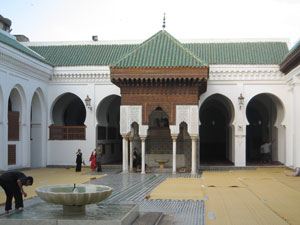 Maimonides began by arguing that people should not think of God as being like a man in shape or in appearance. Instead, they should think of God as more of an idea, with no specific shape or form. Maimonides went over all the places in the Bible where God seems to be shaped like a man. He suggested other meanings for those words.

Maimonides and the universe

Then Maimonides described how he thought the universe was put together. He mixed Jewish ideas with Aristotle’s ideas and some ideas from early Christian writers as well. Maimonides knew that the Earth was a sphere.

But, like many astronomers in the 1100s AD, he thought that the Earth was in the center of the Universe and the sun and stars all revolved around the Earth in heavenly spheres. (Think of a ball inside a bigger transparent glass ball, inside another bigger glass ball, and so on.)

Maimonides thought that these spheres were the same thing as angels. He thought God’s spiritual energy flowed from God to these sphere-angels, and from them to Earth. So God would be the energy that was outside the outermost glass ball.

Why obey the Commandments?

Finally, Maimonides argued that there were good reasons for all the rules God had told the Jews to follow. That’s the Ten Commandments and the other rules laid out in the Bible. Maimonides thought, like the Buddhists and the Greek philosophers, that people could achieve happiness by using morality to control their desires.

What is Buddhism?
What are the Ten Commandments?
Greek philosophy

(For example, they should follow the Commandment to keep from stealing things). And people could be happy by developing their brains to think more clearly. He thought people should avoid pride and anger, which only led to unhappiness. 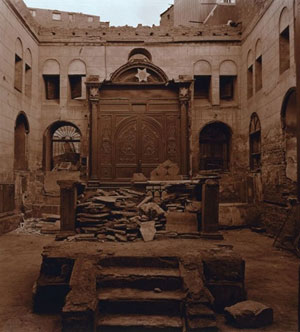 Maimonides divided the Commandments into two categories. One is the rational commandments, or common-sense commandments, where anyone who thinks can see that these are good ideas, like not stealing or killing. The other category is revealed commandments. Those are rules where if God hadn’t told people to do those things they couldn’t figure it out through logic. Some examples are the commandments to pray or to observe holidays.

Maimonides thought that the Jewish Law was meant to keep the soul and the body healthy and happy. In some cases, though, he suggested more specific reasons for specific rules. For instance, the rule against mixing wool and linen in your clothing, according to Maimonides, is in there because Greek priests had to wear that mixed clothing. Still, he said, even if the reason for the rule had gone by, you should still live by all the rules of the Law. You should do it just because that was the Law.

What happens when you die?

Maimonides was not sure what to think about what happened after people died. Sometimes he thought that at the end of the world people would come back to life with both their soul and their body. Other times, he thought just the soul would live after death. And sometimes he thought, like the Roman Neo-Platonists, that after death everybody’s soul blended together into one great Intelligence.

Learn by doing: Which of the Ten Commandments do you keep?
More about Ibn Rushd
More about Thomas Aquinas

Bibliography and further reading about Maimonides:

More about Maimonides
Jews in the Islamic Empire
Quatr.us home