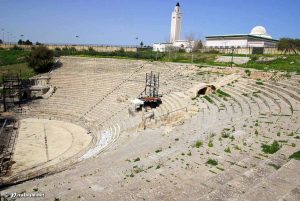 Montanus and Montanism: This is the amphitheater in ancient Carthage where Romans killed Christians during the Decian persecution.

Montanism was a Christian heresy. A man named Montanus started it; he lived in the Roman Empire about 170 AD. Montanus lived in Phrygia (modern Turkey). We know about him from the Christian historian Eusebius (who hated him).

What did Montanus believe?

Montanus preached that God might appear at any time and talk to pretty much anyone. He claimed that the ability to see Jesus and to be possessed by the Holy Spirit had not ended with the disciples Peter and Paul. Instead, revelation was an ongoing thing which might happen to any Christian at any time, if he or she was holy enough.

Who was the apostle Paul? 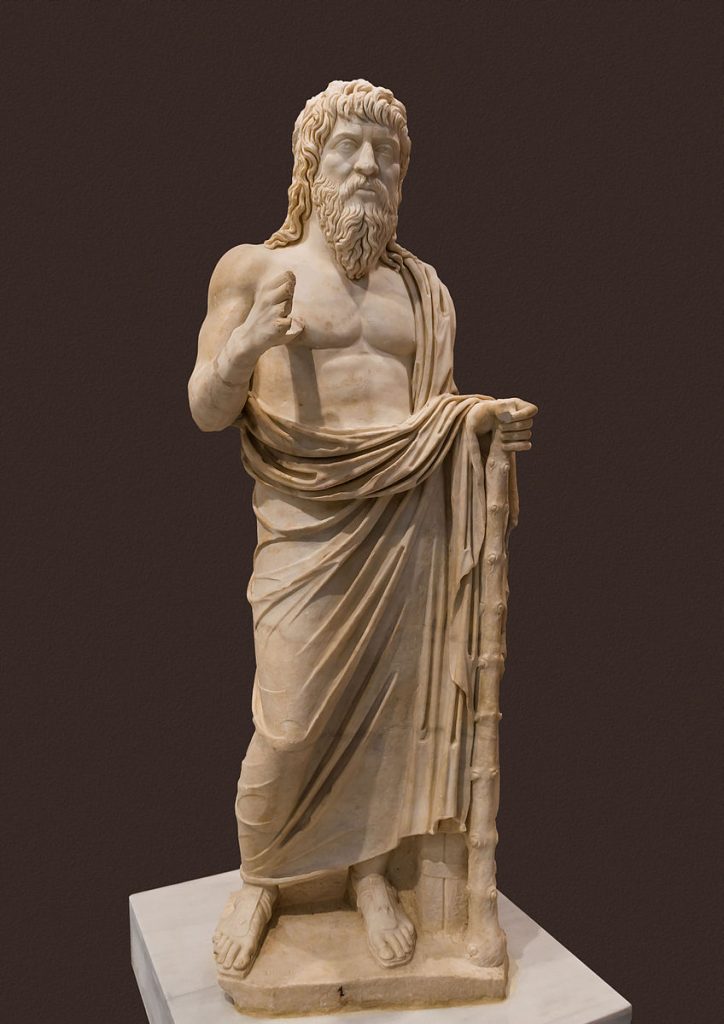 A Roman holy man, probably not Montanus but Apollonius of Tyana (now in the Heraklion Museum on Crete). About 200 AD.

Montanus said that he, himself, as a matter of fact, was holy enough. So a spirit had possessed him and had given him new information about how the Church was supposed to work. This story fits in well with the general Greek and Roman tradition of holy men, and so did Montanus by all accounts. He had long hair and bare feet and looked like other Eastern prophets. Apparently he was very convincing in person, especially to women, who often became possessed themselves. His followers began to collect his sayings in a book called Revelations.

Holy men and holy women
Women in the Roman Empire

Montanism and the end of the world

One of the things which God revealed to Montanus was that the world was going to end very soon, maybe in 200 AD. There was a great plague sweeping the Empire at this time, which made him more convincing.

Smallpox and the Roman Empire

But the Church thought that the idea of just anybody being able to hear God and switch everything around was very disturbing. In response to Montanism, the Christian bishops developed the concept of possession by demons. The bishops pointed out to their congregations that Jesus had warned against false prophets. In the end, Montanus was excommunicated as well, but by then he had his own followers who stuck with him.

What is excommunication?
What is Communion?
And what is a bishop?

Montanism in the later Roman Empire

In fact, Montanus not only attracted a lot of people to his cause — people thought it was exciting that God might enter
into them at any time — but he kept them: there were Montanists well into the 500s A.D. (despite the world not ending on schedule). Tertullian, for example, was a Montanist several decades later, writing about 200 A.D. In general, Montanism was better accepted the further from Phrygia you got, where the bishops didn’t feel so threatened by it. The Bishop of Rome at this time saw nothing wrong with it, and Tertullian saw no contradiction between Montanism and orthodox Christianity.

Bibliography and further reading about Montanus and the Christians: