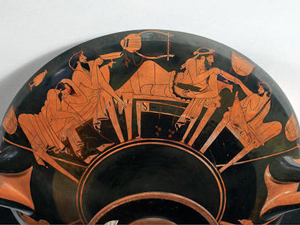 The beginnings of philosophy

In the 500s BC, people all over Europe and Asia became more and more interested in great philosophical questions. Why are we here? How does the world work? Why do things happen the way they do? How can we know for sure?

What was going on in the 500s BC?
Lots more Ancient Greece articles

Probably this was related to how people were also experimenting with new forms of government like empires, democracies, and republics.

What is a democracy?
What is a republic?
How did empires get started?

Philosophy in the 500s BC

In China, the 500s BC saw Confucius and Lao Tzu. In India it was the Buddha. Further west in Babylon, the Jewish prophets Ezra and Nehemiah were writing the Bible, while Zoroastrianism was taking off. In Greece, Thales and Pythagoras tried to impose order on the universe’s chaos through the patterns of mathematics and music.

More Chinese philosophy
Buddhism in India
Ezra and Nehemiah
What is Zoroastrianism?
Who was Pythagoras? 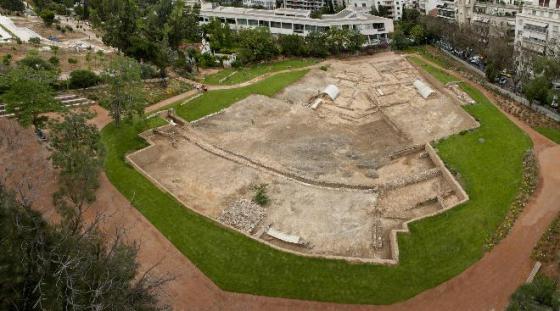 This is what’s left today of Aristotle’s school, the Lyceum

But the three great philosophers who really made ancient Greek philosophy famous lived a little later. They were Socrates, Plato, and Aristotle.

Who was Socrates?
Plato and the Cave
Aristotle’s science

All three of these men lived in Athens for most of their lives, and they knew each other. Socrates came first, and Plato was his student, around 400 BC. The Athenians voted to kill Socrates in 399 BC.

Why did the Athenians kill Socrates?
More about Hellenistic Athens

Need a Halloween costume? Go as Socrates or Plato in this great beard-and-eyebrows outfit! Or click for more great costume ideas.

Plato, who was pretty angry about his teacher being executed, began his work by writing down what Socrates had taught, and then continued by writing down his own ideas and opening a school. Plato called his school the Academy. Aristotle, who was younger, came to Athens as a teenager to study at Plato’s school. He ended up starting his own school, the Lyceum, when he grew up.

In the years after Plato and Aristotle died, in the 200s BC, three famous kinds of philosophy started up in the schools that Plato and Aristotle had started. These are the Stoics, the Skeptics, and the Epicureans. Each of these three schools of philosophy continued to be important ways of thinking about the world all the way through the Roman Empire, until people converted to Christianity in the 300s AD, and even after that.

More about the Stoics
Who were the Skeptics?
What did Epicureans believe?
History of Christianity

Need a second source about Greek philosophy? Here’s a good article from the Internet Encyclopedia of Philosophy