Who is Socrates? Ancient Greek philosopher from classical Athens

A short biography of Socrates

Socrates was the first of the three great Athenian philosophers (the other two are Plato and Aristotle). He was born in Athens in 469 BC, so he lived through the time of Pericles and the Athenian Empire. But he was too young to remember Marathon or Salamis. He was not from a rich family. His father was probably a stone-carver. Socrates also worked in stone, especially as a not-very-good sculptor. His mother was a midwife. When the Peloponnesian War began, Socrates fought bravely for Athens. There aren’t any surviving pictures of Socrates that were made while he was alive, or by anyone who ever saw him, but ancient writers said he was ugly. 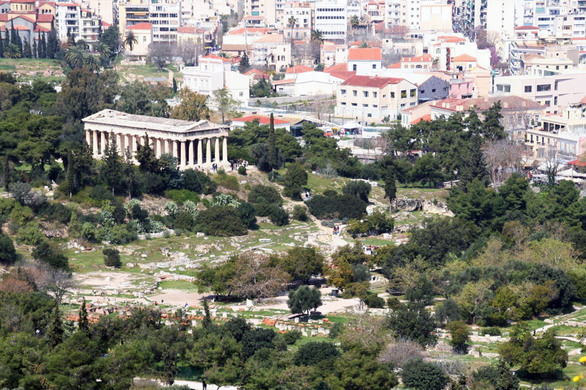 Socrates probably taught Plato in this part of Athens, near the Athenian Agora (but the temple wasn’t there yet)

But when Socrates was in his forties or so, he started to feel an urge to think about the world around him, and try to answer some difficult questions. It’s not impossible that he was influenced by slightly earlier Chinese philosophers like Confucius and Lao Tsu, or by Buddhist ideas from India. Socrates asked, “What is wisdom?” and “What is beauty?” and “What is the right thing to do?” He knew that these questions were hard to answer. He thought it would be better to have a lot of people discuss the answers together. They might come up with more ideas. So he started to go around Athens asking people he met these questions, “What is wisdom?” , “What is piety?”, and so forth. Sometimes the people just said they were busy, but sometimes they would try to answer him. Then Socrates would try to teach them to think better by asking them more questions which showed them the problems in their logic. Often this made people angry. Sometimes they even tried to beat him up.

Politics and the trial of Socrates

Socrates soon had a group of young men who listened to him and learned from him how to think. Plato was one of these young men. Socrates never charged them any money.  (*Some people say he did charge money.) But in 399 BC, when Socrates was 70 years old, some of the Athenians got mad at Socrates. They charged him in court with impiety (not respecting the gods) and corrupting the youth (teaching young men bad things). People thought he was against democracy, and he probably was. He thought the smartest people should make the decisions for everyone. The Athenians couldn’t charge him with being against democracy, because they had promised not to take revenge on anyone for that after the Peloponnesian War. So they had to use these vague religious charges instead. 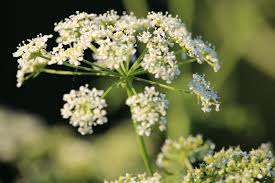 Hemlock looks a lot like Queen Anne’s Lace, but it has purple specks on the stem (and Queen Anne’s lace doesn’t)

Socrates had a big trial in front of an Athenian jury. He was convicted of these charges and sentenced to death. Soon afterwards he died, when the guards gave him a cup of hemlock (a poisonous plant) to drink. His students tried to rescue him, but Socrates said no. He thought it was important to obey the law, even when it was killing him.

Plato wrote down what Socrates said

Socrates never wrote down any of his ideas while he was alive. But after he died, his student, Plato, did write down some of what Socrates had said. You can read Plato‘s version of what Socrates said online, or you can buy the dialogues as a book below.

Learn by doing: Greek playreading
More about the Socratic Method
Or more about Plato
More about Neo-Platonism

Bibliography and further reading about Socrates: