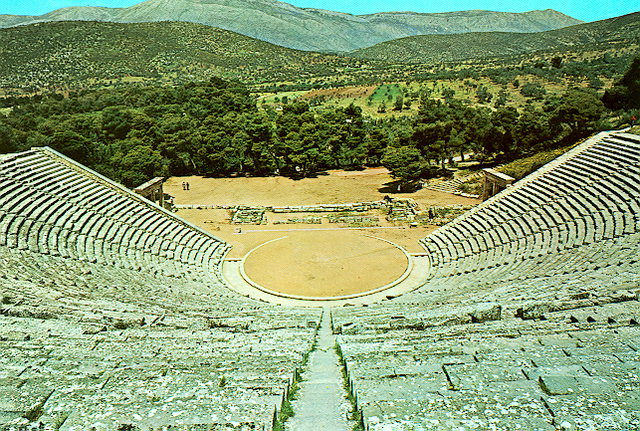 Greek courts in the Archaic period

In ancient Athens, in the Archaic period, what did you  do if you thought someone had hurt you or stolen something from you?

You could drag him or her in front of a rich man (if you were strong enough, or if you had strong friends to help you). Then you could try to convince the rich man to order the police (who were mostly enslaved men) to beat the person or kill them. This was pretty much the same as the laws in other cities in Afro-Eurasia at this time.

Solon – writing down the laws

In the time of Solon, people said that they needed to know what the law was really. What could you be punished for? What was the right punishment for each crime? So the Athenian aristocrats wrote down the laws. Other places were writing down their laws, too, like the early Code of Hammurabi in Babylon, or the Twelve Tables in Rome, and probably Carthage, in Africa.

Who was Solon?
Hammurabi’s law code
The Twelve Tables
The Greek alphabet

Greek courts in the Classical period

During the Athenian democracy, the system changed again. Now instead of having rich men be the judges, there would be juries of the people deciding who was guilty and how he or she should be punished. Enslaved police could help arrest people who were breaking the law.

Athenian juries had 500 people on them. They sat in a big theater and listened to the accuser make a speech. Then the defendant got a turn. You could get someone to help you write your speech, but you had to give it yourself.

When the speeches were over, and witnesses had testified, all the people of the jury voted on whether the accused person was innocent or guilty. Whoever got more votes won. Then each of you would make a speech saying what you thought the punishment should be, and the jury would vote again. The punishment that got more votes would be the one that the police carried out.

What is a theater?
Socrates’s trial
Demosthenes, who wrote speeches

Under this system, having people like you counted for a lot. Popular people tended to win trials, while unpopular people lost them. It was a trial like this that condemned Socrates to death.

What do you think would happen at your school if they used this system to decide whether you had done anything wrong and what the punishment should be? Is the system you have now better? Why or why not?

Law, Violence, and Community in Classical Athens, by David Cohen (P. A. Cartledge and Peter Garnsey are the editors) (1995). Cohen shows how agon (fighting) was the main idea behind the Greek court system.

The Law in Classical Athens, by Douglas M. MacDowell (reprinted 1986).

Women in Athenian Law and Life, by Roger Just (reprinted 1991).