What is the Talmud? History of Judaism 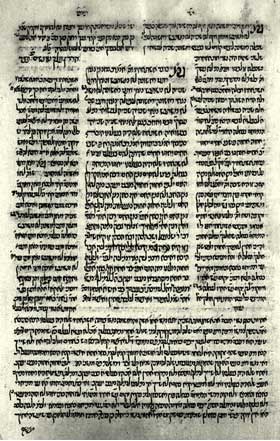 The Mishnah is at the top center, the Gemara is in the center of the page, Rashi is on the right, and other later commentators are on the left and bottom.

About 200 AD, rabbis from all over West Asia, some living under Roman rule and some under Sassanian rule, began to write down their discussions of how to obey the Jewish laws set out in the Torah (the Bible). When the Bible says not to do any work on the Sabbath, what exactly does that mean? Is it work to eat with a fork? (No) Is it work to start a fire? (Yes) What if you need to start a fire to save somebody’s life? (That would be okay.) All these rules were collected in a book called the Mishnah.

Then about 350-400 AD, in the time of Constantius II and Theodosius, a new generation of rabbis in Jerusalem wrote comments about the Mishnah, with their own explanations of how to obey the Jewish laws, and other comments on life in general.

And about 500 AD, the rabbis of Babylon, in the Sassanian Empire, wrote still another set of comments and explanations. They were influenced by a general tendency to write law codes around the Mediterranean in this period, especially the Sassanian law codes under which the Jews of Babylon lived, but also maybe the Theodosian Code in 438 AD, the Visigothic Code of Euric about 480, then the Justinianic Digest in 534. The writings of these rabbis (mainly the Babylonian ones) were collected in a book called the Gemara. But usually when people copied these books, they copied the Mishnah and the Gemara together, so people could read both of them together. The two together were the Talmud.

Learn by doing: try to observe the Sabbath one Saturday without doing any work
Or: write a law code for your house or your classroom or club
More about Jews in the Middle Ages
More about the Byzantine Empire

Bibliography and further reading about the Talmud: