Julia Maesa and the later Severan dynasty – history of Rome 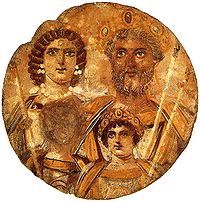 Severan dynasty: The Roman emperor Septimius Severus and his family

The Severan dynasty: Caracalla and Geta

Septimius Severus died in 211 AD, and he left the Roman Empire to his two sons, Caracalla and Geta. His last advice to them was to take care of the army, and never mind anybody else. But from the beginning Caracalla and Geta did not get along. By February 212 AD, Caracalla killed Geta. Then Caracalla even had Geta’s name and picture erased from monuments all over the Empire. In this family portrait, for example, little Geta’s face has been erased.

Septimius Severus
The Roman army
All our ancient Rome articles 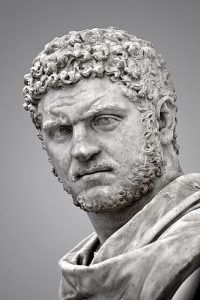 So then Caracalla ran the Roman Empire on his own. He fought wars throughout his reign. He fought the Germans in the north, successfully. Then he attacked the Parthians. But his own guards stabbed him to death in 217 AD in the middle of the Parthian war. The leader of the guards, Macrinus, proclaimed himself emperor.

Who were the Parthians?
Iron Age in northern Europe

So that was the end of Caracalla. The Severan women, however, wanted to keep their own family in power. Septimius Severus had married a woman named Julia Domna, who was from an old and powerful West Asian family (from modern Syria). When Caracalla was killed, his mother, Julia Domna, starved herself to death, apparently as a protest against Macrinus.

But Julia Domna’s older sister, Julia Maesa, did more. Julia Maesa had two grandsons. She made one of them, who was known as Elagabalus, emperor.

And Elagabalus’s armies, with Julia Maesa’s money, beat Macrinus in battle. So then the Senate acclaimed Elagabalus as emperor. Elagabalus had the name of emperor, but really his grandma, Julia Maesa, ran the empire. Elagabalus had to make it clear he was not trying to get power. He spent most of his time partying and drinking.

She made Elagabalus adopt his cousin, Alexander Severus (her other grandchild) as his successor. That was kind of the same way that Hadrian had adopted Antoninus Pius, for example. It made sure that even if someone killed Elagabalus, it would just mean that Alexander Severus inherited power. So Julia Maesa would still be ruling the Roman Empire.

But Julia Maesa wasn’t the only woman in the family who wanted power. In 222 AD, Alexander Severus’ mother (Julia Maesa’s daughter) Julia Mamaea decided she wanted to rule the empire. 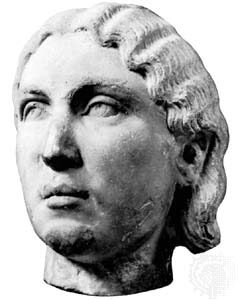 Julia Mamaea plotted to kill her sister, Elagabalus’ mother, and Elagabalus himself, and she succeeded. That did make Alexander Severus the new Roman Emperor, as Julia Mamaea had planned.

Who were the Sassanians?

Julia Mamaea tried to pay the Germans gold for peace, and went north to the border herself to negotiate, but the Roman army killed both Alexander and his mother, Julia Mamaea. His grandma had already died. So that was the end of the Severan dynasty.

Did you find out what you wanted to know about the Severan dynasty? Let us know in the comments!

Learn by doing: making Roman weapons
More about the Crisis of the Third Century
What was going on in the Parthian Empire