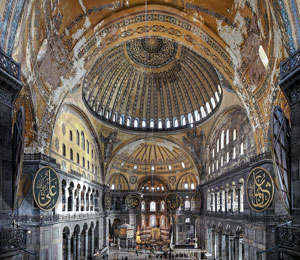 When is the Early Middle Ages?

Did people know the Roman Empire was gone?

New kingdoms all over Europe

To save money, the Roman emperors hired Germanic people to work as Roman soldiers. Gradually these Germanic soldiers moved into the Roman Empire and settled down to become Romans themselves.

The Roman army
Visigoths in Spain
Who were the Vandals?
Theodoric the Ostrogoth

The Visigoths settled in Spain, the Vandals in North Africa, the Ostrogoths in Italy, and the Franks in France.

Early Medieval France
King Arthur’s England
Who were the Vikings?

In England, a commander we know as King Arthur tried to keep out the Angles and the Saxons and the Danes (the Vikings), but they, too, moved into the Roman Empire. Together, these invaders fought with Roman soldiers to push back the Huns in 451 AD.

In 533 AD, the Roman emperor Justinian tried to get rid of all these invaders and rebuild the Roman Empire the way it used to be. His armies recaptured North Africa from the Vandals, and Italy from the Ostrogoths, and some of Spain from the Visigoths. But they stopped there, and the other Germanic invaders stayed inside the Empire.

But the wars had weakened the Empire even more, and then in 542 AD the bubonic plague struck Constantinople and soon spread all over Europe and North Africa, killing thousands or millions of people. By 600 AD, the Lombards took advantage of this weakness to move into Italy. First the Slavs and then the Bulgars moved into Eastern Europe and Poland.

What is bubonic plague?
Who were the Lombards?
And the Slavs?
Medieval Bulgaria 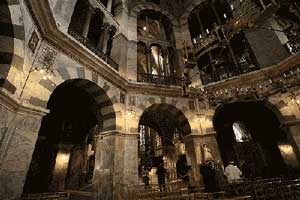 But even then, people still continued to try to rebuild the Roman Empire. In the 600s AD, Islamic armies reunited Jerusalem and Syria, North Africa and then, in 711, Spain.

The Umayyads and Islam
Islamic Spain
All our medieval Islam articles

By 780, Charlemagne copied this idea in France and Germany, calling his kingdom the Holy Roman Empire. To the east, in Russia, the Vikings and Slavs got together to build a kingdom too. All of these thought they were rebuilding the Roman Empire.

And yet throughout the Early Medieval Period, in Constantinople the Roman emperors still met with the Senate, went to the games, and believed that their kingdom was the real Roman Empire.

Bibliography and further reading about the Early Middle Ages in Europe: