Europe in the Early Middle Ages

In the Early Middle Ages, many empires around the world collapsed into smaller countries. Partly because of the Huns invading, the western half of the Roman Empire collapsed.

Who were the Huns?
The Fall of Rome
More about King Arthur
All our Medieval Europe articles

Europe was divided into many smaller countries. Some of these were the Visigoths, the Vandals, the Ostrogoths, the Lombards, the Avars, the Bulgarians, and the Merovingians. In England, this is the time of the (legendary) King Arthur. 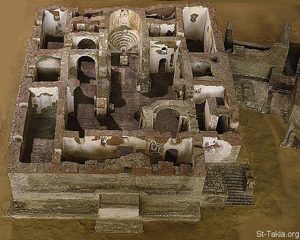 What happened in West Asia?

In West Asia, the Mazdakites fought for freedom and equality. Both the Roman Empire and the Sassanian Empire fell in the 600s AD.  The new Islamic Empire took over; it came out of the Arabian Peninsula. By 800, the Islamic Empire stretched from Afghanistan to Spain.

The Mazdakites
The Sassanians
The Umayyads
Medieval Islam articles

Religions of the Early Middle Ages

Many of the Christian and Zoroastrian believers who lived in this empire soon converted to Islam. This was pretty much the end of Zoroastrianism as a major faith. But Christianity survived in Europe and much of Africa.

The Manichaeans
Arians and Catholics
Zoroastrians
A new religion: Islam

Islam also spread across the Sahara Desert to the new African kingdoms of Kanem and Ghana. By the late 700s, Europe was reunited under the emperor Charlemagne, although much weaker than the Islamic Empire.

India in the Early Middle Ages 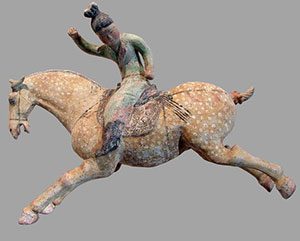 The Huns also destroyed the Guptan Empire in the 400s AD, and India was also split into many small kingdoms.

Indian mathematicians invented the idea of using zero as a placeholder in math about 500 AD. So by 630 the Indian numbers spread to the Islamic empire.

China in the Early Middle Ages

But in China, the smaller kingdoms lasted only until 581 AD, when the Sui and then the T’ang Dynasties reunited China. They even took over most of south-east Asia. For the first time, a canal connected the Huai and Yangtze rivers, making it much easier to travel across China.

The Americas and the Global Middle Ages

Even across the Pacific Ocean, there were similar collapses. In North America the Hopewell culture also collapsed about 500 AD into a lot of smaller villages. But in South America, the Maya, the Moche and Zapotec continued to rule.