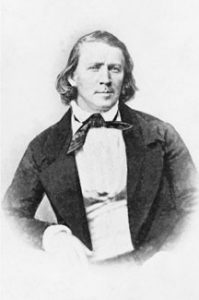 And after they killed Joseph Smith?

The Mormon Church
American religion
All our American history articles

Where did the Mormons move to?

In 1847, Brigham Young decided that the Mormons should move way out west to Utah, where the Ute and Paiute people lived. Utah was part of Mexico at this time. So the Mormons were leaving the United States.

Who were the Ute?
How about the Paiute?
What was going on in Mexico?

A struggle for control

How many wives can one man have?

One of the things the Mormons believed was that each man should be able to have as many wives as he wanted. (We call this polygamy). But most of the people in the United States government were Protestant Christians. They thought that was wrong. They wouldn’t let the Mormons become a state until they gave up polygamy.

By 1896 the wars were over. The Utes and Paiutes lost and the survivors had to move to reservations. Most of the Mormons agreed to a compromise with the United States Government. Mormon men would not marry more than one woman. So Utah became a state, and most of the people living there were Mormons.

More about Christianity
More about Islam
And about Buddhism

What did Mormons believe?

These Mormons thought that believing that Jesus was the son of God was the main way to get into Heaven. People who wanted to become Mormons were baptized by getting entirely into a pool of water (not just their heads). Most Mormon kids were baptized when they turned eight years old, because Mormons thought that was when kids are old enough to tell right from wrong. After you had been baptized, you got a blessing from a priest. That let you have the Holy Ghost by your side to watch over you and take care of you for your whole life.

What is baptism?
Who was Jesus Christ?

Did Mormons go to church? 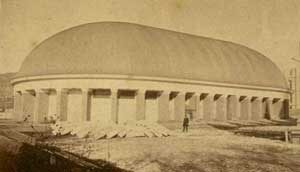 People who were Mormons went to church on Sundays, and often also on other days during the week. They took communion in much the same way as Protestant church members did. They sang hymns (songs) and had sermons. Like other Christians, they had Sunday School classes for both kids and adults.

Mormon people led healthy lives with no drinking alcohol (like beer or wine), no smoking tobacco, no tea or coffee, and no drugs (like marijuana or cocaine). Mormons were not supposed to get tattoos or piercings. They were not supposed to gamble, or to have sex before they were married. Most Mormons had many children, and spent a lot of time with their families. But even today there are some Mormons who believe that men should have more than one wife.

Learn by doing: visit a Mormon temple or a Mormon family
More about the Ute people