What is metal? Chemistry 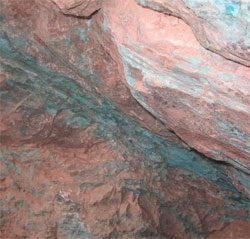 Metals are atoms that attach themselves to other atoms in a particular way. Metal atoms, because of how their electrons are arranged, lose their electrons easily. When they join up with other atoms to make molecules, metal atoms join together by exchanging electrons. Because metal atoms join other metal atoms in this special way, most metal is shiny, soft, and easy to bend. Most metals are also good conductors of electricity – that is, electrons move easily from one atom of metal to the next. (That’s why we make electric wires out of copper).

What are electrons?
What are atoms?
Covalent bonding
All our chemistry articles

Where does metal come from?

The first atoms of metal formed inside stars when those stars became red giants. This first happened about 12 billion years ago. There were atoms of copper, tin, aluminum, gold, silver, iron, lead, and uranium.

What are stars made of?
Different types of stars

How did metal get to Earth? 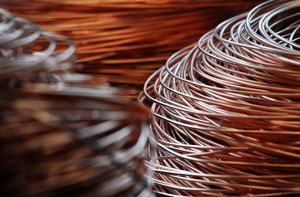 What is a supernova?
What are nebulae?
What is gravity?
More about planets

Why is metal under the ground? 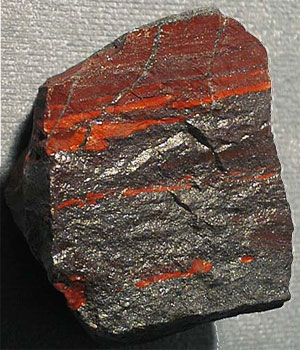 Iron that has turned red because of oxygen in the air

Gravity pulled the heavier metals to the center of each planet. So most of the Earth – the whole melted center of the Earth – is made of iron. The other planets near us, Mercury, Venus and Mars, are also mainly made out of iron. On Earth and the other planets, most of the metal is mixed up with silica rocks, so that people have to dig metal out of the rocks if they want to use it to make tools.

More about iron
And about silica rocks
More about the Earth

Why are some metals rarer than others?

A pile of gold coins

Because the whole center of the Earth is iron, iron is the most common metal on Earth, and probably on many other planets too. Other metals are also pretty common on Earth, like copper and lead. The heavier the atom, the rarer the metal, so very heavy metals like uranium are rare – on Earth, and everywhere else in the universe.

More about copper
And about lead
What about gold and silver?
Why is uranium rare?

Learn by doing – Metal Experiments
More about how people use metal

Bibliography and further reading about metal: