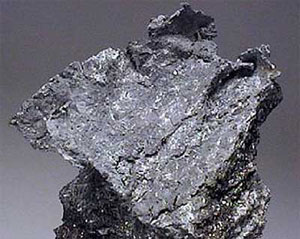 A lump of lead, containing billions of lead atoms

Where does lead come from?

As with all of the other heavier elements, all of the lead in the universe came originally from inside stars. Lead is the heaviest atom that is still stable, with 82 protons and 125 neutrons, just a little heavier than mercury. Unlike many other metals, lead does not conduct electricity well.

Iron and the heavier elements
What are metals?
What is an atom?
All our chemistry articles

What do people use lead for?

Because lead has so much mass, people use it for weights and for bullets. Roman soldiers used lead even for slingshot bullets. The large mass gives it a lot of momentum. Lead is also very soft and doesn’t corrode (rust) very much, so people use it for building, for instance to seal joints in roofs so the water doesn’t get in.

What is momentum?
Combustion reactions
History of people using lead

And people use lead to shield you from radioactivity, because the radioactive particles can’t get through the big lead atoms. That’s what’s inside the heavy aprons they put on you at the dentist before taking x-rays, lead to protect the rest of your body from the radiation. But if you get too much lead inside you, it can be poisonous.

Bibliography and further reading about lead: