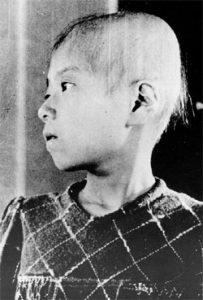 A uranium atom usually loses two protons and two neutrons at the same time, so that what it shoots out is the same as the nucleus of a helium atom. We call this an alpha particle. Alpha particles aren’t dangerous to people unless you drink them or breathe them in. 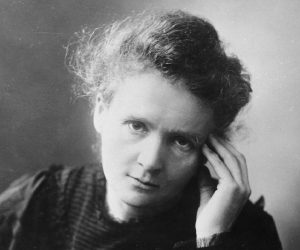 Marie Curie, the physicist who did a lot of the work to understand radioactivity

Another way that an unstable atom may get more stable is for a proton to change into a neutron. In this case, the atom shoots out a positron and a neutrino. The positron ends up running into an electron, and this destroys both of them, but it shoots out two gamma ray photons instead.

When an atom shoots out this energy – the neutrinos or the beta particles or the gamma ray photons – the energy can pass through people’s skin and damage their DNA inside their cells. People who get a lot of radiation die immediately, while people who get less die more slowly, because their bones can’t make new blood anymore. That takes several weeks.

Bibliography and further reading about radiation: