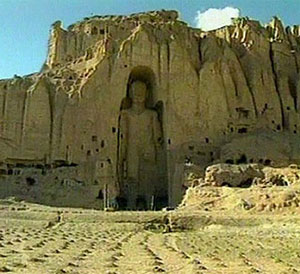 The Yamnaya and religion

The first people we know much about from Central Asia were the Indo-Europeans, or Yamnaya. They were living in Central Asia by at least 3000 BC. Indo-European people worshipped gods who represented things in the Central Asian environment. In that steppe of vast sky and storms, there was a sky and storm god. He was related to the Greek god Zeus, the Indian god Indra, the Roman god Jupiter, and the German god Tyr.

Who were the Yamnaya?
And the Scythians?
Who is Indra? 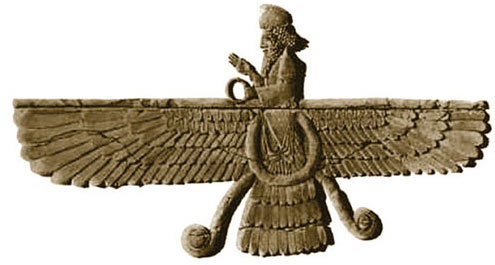 Ahura Mazda, from the Louvre museum in Paris

The Indo-Europeans also worshipped a god who made the grass ripen, Deva.  She was related to the Hindu goddess Devi, the Greek goddess Demeter, the Roman Ceres, and the Zoroastrian and Christian idea of devils. Deva’s sons were twin horse gods. They were related to the Greek and Roman Castor and Pollux.

Who are Castor and Pollux?
Who is Hestia?

And there was a goddess of dawn, Heus (related to the Greek hearth goddess Hestia and the Roman goddess Vesta). About 450 BC, the Greek historian Herodotus describes similar gods among the later Indo-European Scythians.

About this same time, though, Cyrus the Great in Iran converted to the West Asian religion of Zoroastrianism. So some people in Central Asia thought they might convert to Zoroastrianism too. The main god of Zoroastrianism was Ahura Mazda. Many people worshipped the god of justice and contracts, Mithra.

What is Zoroastrianism?
Who is Mithra? 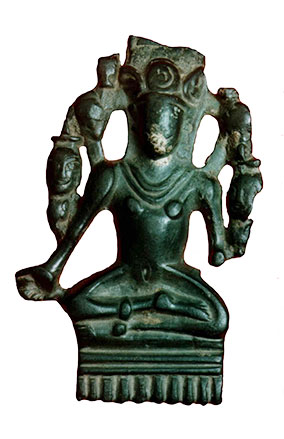 The Zoroastrian kings exiled the Buddhists from the Parthian Empire about 150 AD. These exiled men and women brought Buddhism north with them to Central Asia. Many people there became interested in the new religion. Not much later, this same movement brought Buddhism to China.

What is Buddhism?
The Parthians

This same movement, or just the general trade along the Silk Road, may have also brought Hindu ideas to Central Asia. This figure of the Hindu god Vishnu was found on the banks of the Volga river north of the Caspian Sea in modern Russia. (Check out Hindu stories that reached early Christians about the same time.)

What is Hinduism?
Who is Vishnu? 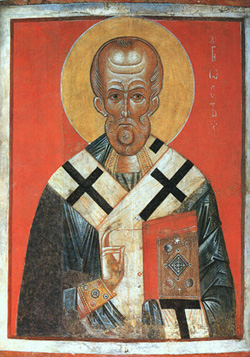 Who were the Manichaeans?
Judaism and the Diaspora
Christianity in the 200s AD 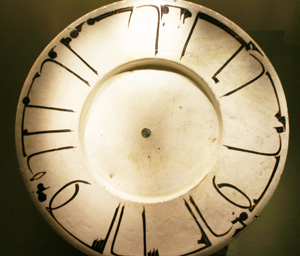 In the 800s AD, most of the people living in the south-western part of Central Asia converted to the new religion of Islam. There were both Sunnis and Shiites in Central Asia.

History of Islam
Sunni or Shiite?
Who are the Sufis?
Medieval Russia

Many people followed the Sufi branch of Islam. But in Russia, people became Christian about the same time, while in Mongolia to the far east, most people stayed Buddhists.

Learn by doing: making a Buddha figure
More about Islam