Who is Zeus? Ancient Greek gods 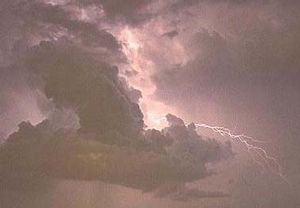 The god Zeus is the lightning and the thunder

Zeus was, for many people in ancient Greece, the king of the gods. Homer shows Zeus this way in the Iliad, for example.

But mainly, Zeus is a sky god. People thought of him as living on top of a mountain (Mount Olympus). When he is angry he throws lightning bolts out of the sky at people. People in Greece probably didn’t worship Zeus until the Indo-European Greeks arrived there in the Middle Bronze Age.

So Zeus is an Indo-European god. He is basically the same as other Indo-European sky gods like Jupiter (this is really even the same word: Ju= Zeus and piter means father) or Odin. He’s also related to Indra, a Hindu sky god, the son of Dyeus Pita. 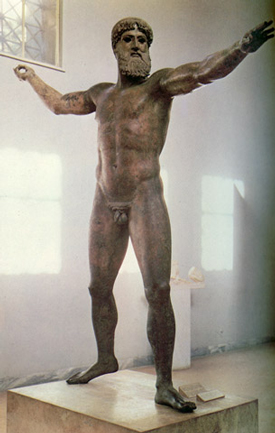 In some ways Zeus represents the Indo-Europeans in the minds of the later Greeks. When he arrived in Greece, he seems to have married the local earth goddess, Demeter (De for earth and meter means mother). This may be a sort of religious representation or memory of the actual mixing that took place between the invaders and the local people in the Middle Bronze Age. It is also a fertility ritual, where as with Gaia the sky and the earth come together to make the grain grow. So it’s no surprise that the child of Zeus and Demeter is Persephone, the grain.

In other ways, people thought of Zeus as representing the Father in psychological terms. People who had real problems with their own fathers might think of Zeus as a sort of ideal father, for instance. In the story of Phaethon, we see Zeus playing the part of the wise father.

Although Zeus was not really related to any Egyptian gods, Greek people who traveled to Egypt thought that Zeus was like the Egyptian god of the air and wind, whose name was Amon.

Bibliography and further reading about Zeus:

Lord of the Sky: Zeus, by Doris Gates. Stories about Zeus.