Who is Gaia? Early Greek gods 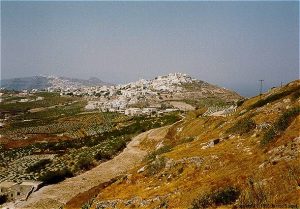 Gaia is the earth.

Many people in classical Greece believed that at the beginning of time there was only one being, which they called Chaos. (This is not unlike the Jewish idea that “the earth was without form, and void.”)

Then came the earth, a goddess called Gaia, and the sky, a god called Ouranos (OO-ran-ohs) (like our planet Uranus). The Greeks thought of the earth as a woman and the sky as a man, because seeds go in the earth and yet it takes both the sky (the rain and the sun) and the earth to grow a crop.

The planet Uranus
More about seeds 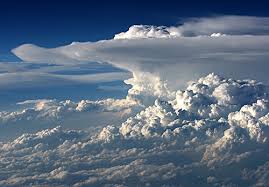 Gaia and Ouranos soon did grow a crop – more gods. Some of their children were Rhea (RAY-ah) (another Earth goddess), Kronos, and Ocean (like the Jews’ God separating the water from the earth).

Who were the Muses?
More Greek myths

Mnemosyne, who was the mother of the Muses, was another of Gaia and Ouranos’ children.

The birth of Aphrodite

Ouranos though was not a good father. He kept his children prisoners in caves inside the Earth (which was Rhea’s womb). So Gaia convinced her youngest son Kronos to attack his father with a flint sickle. Ouranos fled, and Rhea and Kronos became the new rulers of the gods. (Compare this to the older Babylonian story of the Enuma Elish.)

More about Aphrodite
Who are the Furies?

Aphrodite, the goddess of love, and the Furies, the spirits of hate, were born out of the bloody foam from where Kronos wounded Ouranos.

Here’s a video showing the story of Zeus and Cronos 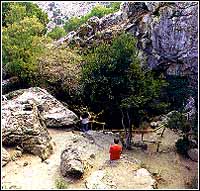 The cave on Mount Ida

But Kronos was also a bad father. He ate all of his children, to keep them from overthrowing him. Rhea and Gaia hid the little baby Zeus away in a cave on the island of Crete, in Mount Ida, and gave Kronos a rock to eat instead.

When Zeus grew up, he defeated his father Kronos and killed him, and saved all his brothers and sisters. That is how he became the king of the gods.

Learn by doing: Compare this creation story to the Bible and the Enuma Elish

In the Beginning: Creation Stories from Around the World, by Virginia Hamilton (1991).