Who is Poseidon? Greek gods 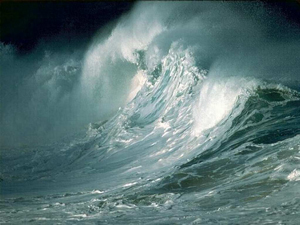 The god Poseidon rules the ocean

The Greeks thought of the god Poseidon as a god of violent, unpredictable movement. He is most often the god of the ocean, which is of course the biggest, most unpredictable, and most dangerous thing around. Many Greeks spent a lot of time sailing on the ocean, and they paid a lot of attention to Poseidon.

More about Greek ships and sailing

But Poseidon is also the god of earthquakes, and earthquakes are also very common in Greece. He stamps his foot, or he hits the earth with his trident (like a pitchfork) to make an earthquake. 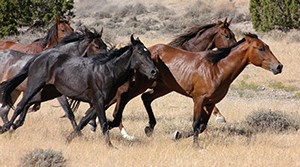 The god Poseidon’s also the god of horses

And, maybe for the same reason, Poseidon is the Horse-God. Horses, I suppose, are also big and unpredictable and dangerous, though not on the same scale as earthquakes and oceans. If he came with the Indo-Europeans to Greece, then he might have originally been a horse-god, who only later came to be associated with the ocean and earthquakes.

Who were the Indo-Europeans?
When did people first start to ride horses?

Poseidon, in Greek mythology, is the brother of Zeus and Hades, and so also the brother of Demeter and Hera. Like them, he is the child of Earth and Time, Gaia and Kronos.

More about Gaia and Kronos
What’s Demeter the goddess of? 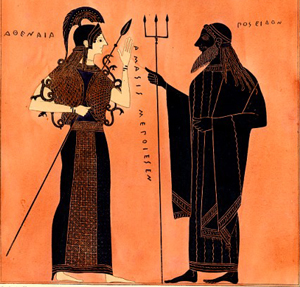 Athena and the god Poseidon on an Athenian vase (see their names?)

There are not very many stories involving Poseidon. One is the story of Phaedra, which shows Poseidon more or less as a blind, uncaring force, rather like the oceans and earthquakes he controls.

The sad story of Phaedra and Theseus

Another is the Odyssey. You might think of Poseidon as representing physis, nature, in the Greek mind, and that when people sacrifice to Poseidon they are trying to control nature, to reduce chaos to rationality, to establish nomos, or law. For people who sailed on the ocean in tiny wooden ships, the idea of being able to control the ocean might seem very interesting!

More about physis and nomos

Learn by doing: ride a horse
More about the Greek gods

Bibliography and further reading about Poseidon: