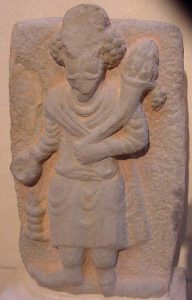 Around 1000 BC (probably), about the same time that people in India were writing the Rig Veda, a man named Zoroaster (also called Zarathustra) was a priest in a small temple in the eastern part of West Asia, in an area with a lot of small kingdoms and no major power.

But they didn’t believe that the god was really speaking to him. The other people in the town just thought he was suffering from mental illness. They laughed at him and made fun of him.

Zoroaster sadly left town and travelled around West Asia looking for somebody who would believe him. Finally he found a king who did believe him. He started to get some followers. 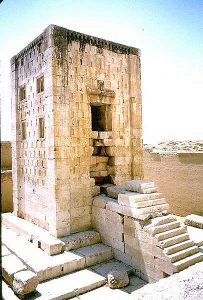 The new religion stayed small for five hundred years, long after Zoroaster died, but then his followers had a big success.

We don’t know how it happened, but Zoroaster’s followers convinced the new king of the Iranians, Cyrus, to support Zoroastrianism (named after Zoroaster). With the support of the king, Zoroastrianism soon became very popular.

These are some of the main beliefs of Zoroastrianism as the Iranians practiced it. There is one main god, Ahura Mazda. He has twin sons, and one of them is for Truth and the other is for the Lie.

The Truth and the Lie

While you are alive, if you follow the Truth, you will have a better life: you will find love and money and victory in battle. After you die, you will go across a bridge to a good place.

But if you follow the Lie, everything will go wrong for you while you are alive, and after you die you will fall off the bridge and go to a bad place, where it is cold and dark and there is nothing good to eat.

Zoroastrians, like Buddhists and Pythagoreans about the same time, gradually put less emphasis on sacrificing animals, but they kept on doing sacrifices. They kept sacred fires burning (compare the Greek goddess Hestia), and sacrificed mostly incense, cakes, and fruit, but also cattle and sheep, to their gods. 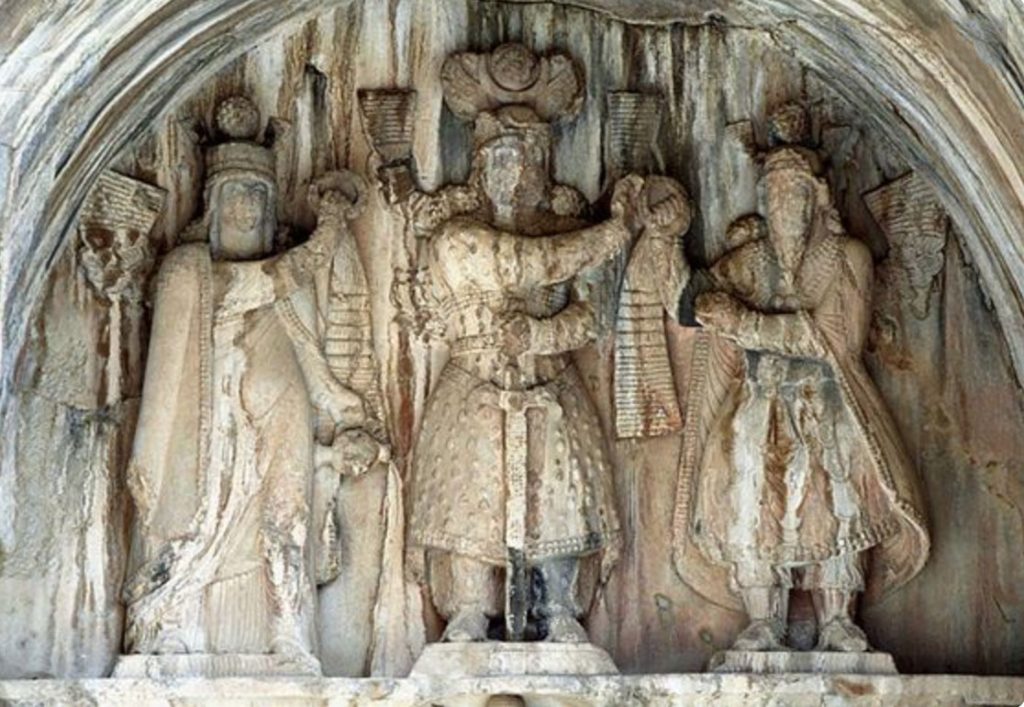 Zoroastrianism was the main religion of the Iranian kings for 200 years, until they were conquered by Alexander the Great in 330 BC. The Greeks who ruled West Asia after Alexander didn’t care about Zoroastrianism much, and neither did the Parthians.

But the Sassanids, when they took over the Parthian Empire in 227 AD, were very strong believers in Zoroastrianism. The Sassanids tried to make all the people in their kingdom Zoroastrians. So there were many Zoroastrians in the Sassanid Empire, and the faith even spread into India and all the way to China. 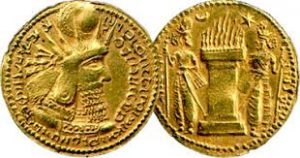 Most people convert to Islam

But by the 400s AD, only the rich people in the Sassanid Empire were still Zoroastrians. Most of the other people were either Christians or Buddhists.

When the Arabs conquered West Asia around 650 AD, most people gradually converted to the religion of the Arabs, Islam. But there are still some Zoroastrians in the world today, mostly in northern India, where they are called Parsees (meaning Persians, or Iranians).

Bibliography and further reading about Zoroastrianism:

An Introduction to Ancient Iranian Religion: Readings from the Avesta and Achaemenid Inscriptions, by William Malandra (1983). A nice clear explanation of ancient Zoroastrianism, by a specialist.