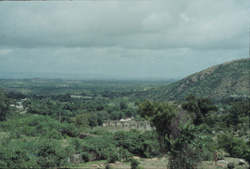 The monsoon was the big weather event

In much of India, there was only one big weather event every year, and that was the monsoon. Most of the year, it was very dry and sunny in India. Everything got hot and dusty and brown.

Why do we have weather?
All our ancient India articles

But around May, clouds would start to gather, and it would get very muggy and heavy-feeling, and everybody would feel like they were waiting for something to happen. And then one day finally it would start raining, all at once. Buckets and buckets of water! That was the monsoon.

What are clouds made of?
Why does it rain?
All our weather articles

It would keep raining for about a month, every day, all day long. Flowers bloomed and trees put out leaves and everything started to grow, all at once. Farmers hurried to catch the water in their irrigation canals and lead the precious water to their fields. And then it would stop. The rest of the year would be dry again.

What is irrigation?
Why do flowers bloom? 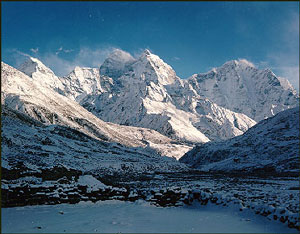 Why was the monsoon so important?

The monsoon and trade

India’s monsoon was also very important for trading. The monsoon winds made the ocean currents change direction. In the winter, the currents flowed north up India’s west coast, and then over to the Arabian Peninsula, Egypt, and East Africa. Most ships left about November. 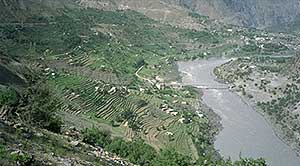 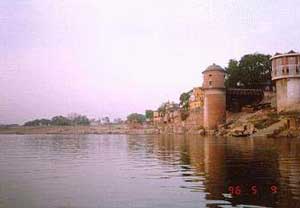 More about the Himalaya mountains

The big rivers of India

In western India (modern Pakistan), there’s the Indus River, and in eastern India, there’s the Ganges River. These two rivers account for most of the early Indian cities and farming.

The rivers brought water for the fields. They also carried a lot of trade on boats. People didn’t have trucks or trains back then, and the fastest, easiest way to travel was on the rivers.

But these weather patterns didn’t always stay the same. Sometimes they shifted – nobody understands why. Around 1200 BC, for example, the weather seems to have shifted so that it was very dry all across northern Africa, West Asia (Mesopotamia), and northern India. Everywhere, people complained about it. There was no rain. The wheat and barley couldn’t grow. People went hungry.

Bronze Age timeline
Third Intermediate Period
Who were the Yamnaya?

The Bronze Age civilizations collapsed – New Kingdom Egypt, the Hittites, and the Harappans in India. The Yamnaya, further north between the Black Sea and the Caspian Sea, left their homes and went south. Some of them got as far as India. Then by about 1000 BC, the weather seems to have gone back to normal again. The rain came back.

Another big weather shift happened about 1300 AD. The weather got just a degree or two cooler. We call it the Little Ice Age. All over the world, winters were longer and snowier, and summers were cooler and rainier than before. In India, the north got weaker, and the southern Vijayanagara Empire got stronger. Was this related? It’s hard to say, but under the Mughals, in the 1500s and 1600s, people did complain about droughts – no rain – and people going hungry.

Learn by doing: use Google Earth to see where India is green and where it is dry
Animals of India
Plants of India