Who were the Jurchen? History of Central Asia

Where did the Jurchen come from?

Unlike most of the people living in north Asia, the Jurchen did not speak a Turkic or Altaic language. Their language was not related to the other Asian languages. The Jurchen probably lived north of China, along the Pacific coast, from at least 100 BC or so. Nobody knows where they were before that- maybe in the same place, or not.

All our Central Asia articles
All our China articles

Like other north Asian Pacific coast people, the Jurchen hunted and gathered most of their food. Probably they ate a lot of fish and shellfish. They rode horses in war.

When did people start to ride horses?

The Khitan conquer the Jurchen

But just before 1000 AD, the Jurchen people suddenly fell into history and civilization. The expanding Khitan empire defeated the Jurchen and made them part of their empire.

Who were the Khitan?

Once they were in the Khitan empire,  soon the Jurchen got to know the even more civilized people of China. 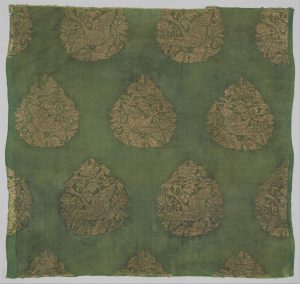 Jurchen history: silk and leather cloth showing a swan hunt, from northern China about 1200 AD: now in the Metropolitan Museum of Art in New York

But now the Jurchen decided to have their own empire. In 1126 AD, the Jurchen army conquered Korea. The next year, Jurchen horsemen captured the Song Dynasty capital of Haifeng.

The Jurchen established themselves as the rulers of what is now northern China, calling themselves the Jin Dynasty. (Be careful! This is not the same Jin Dynasty as the one that conquered the Wu during the Three Kingdoms period hundreds of years earlier.)

Gradually the Jurchen learned more and more about civilization and Chinese culture. They started to read and write Chinese. They followed the teachings of Confucius.

How do you read and write Chinese?
Who was Confucius?

The Mongols defeat the Jurchen

Then after another hundred years, in 1234 AD, the Song Dynasty tried again: they hired the Mongols, under Genghis Khan, to conquer the Jin Dynasty and the Jurchen people. The Mongols forced the Jurchen to become part of the Mongol Empire.

Genghis Khan and the Mongols

Jurchen history as the Manchu

When the Mongol Empire collapsed, the Jurchen were independent again for a short time – and then, under the name of the Manchu, they invaded southern China, overthrew the Ming Dynasty, and ruled China as the Qing Dynasty until modern times.
Did you find out what you wanted to know about Jurchen history? Let us know in the comments!

Find out about the Mongols and the Manchu

Bibliography and further reading about the Jurchen:

Need a second source about the Jurchen? Check out this article from the Encyclopedia Britannica.