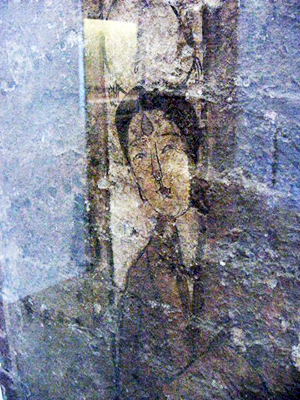 From prehistory right through the Middle Ages, most Central Asian people’s most important attachments were to their family and their clan or tribe. Men, women, boys and girls wore clothes that identified which clan and which family they belonged to. Kids learned the stories of their clan, and they sang the songs of their clan.

Like everywhere else in Asia and Europe at this time, some Central Asian people were slaves. Often people became slaves when they were captured in a war, or because their parents were poor and sold them into slavery. Genghis Khan himself was a slave when he was a boy. Most Central Asian slaves lived like other poor people in their area, herding cattle, spinning, making felt, knotting carpets, and carrying water.

Also like everywhere else, most Central Asian kids didn’t go to school. Kids needed to learn how to ride horses, and how to shoot a bow, and how to make cloth, more than they needed to read or write. But once the Silk Road was established, a lot of people in Central Asia did get rich enough to send their kids to school. Buddhist monasteries opened good schools for boys and girls. With the coming of Islam, boys went to Islamic schools, but girls couldn’t go. Some of the boys grew up to be scholars, or doctors, or philosophers.