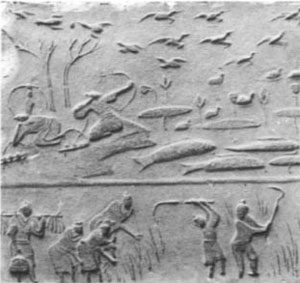 People in ancient China: Rich men hunt, but other people work in the fields (Han Dynasty, about 100 AD)

Differences between people in ancient China

In China, people thought your most important relationship was with your family. Kids often lived in the same house not just with their parents, but also with their grandparents, their aunts and uncles, and their cousins. People thought that family was much more important than friends. 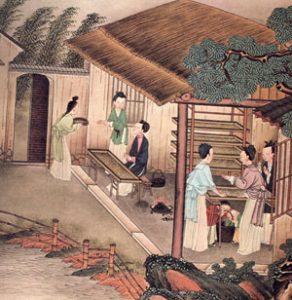 Women working in a silk factory

Did kids go to school in ancient China?

Most boys and girls in China did not go to school. They worked on their parents’ farms, pulling weeds and planting seeds. Even rich girls did not go to school, but boys from rich families did. The boys worked very hard at school, because doing well on the state examinations was the only way to get political power. 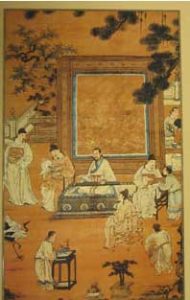 Did ancient China have slavery?

The Emperor owned hundreds of slaves, and some of them worked for the government, collecting taxes or building roads. Some people were born slaves, because their mothers were slaves, and other people were sold into slavery to pay debts.

Often, as in India and West Asia, children were sold into slavery to pay off their parents’ debts.

Did you find out what you wanted to know about people in ancient China? Let us know in the comments!

The Inner Quarters: Marriage and the Lives of Chinese Women in the SungPeriod, by Patricia Buckley Ebrey (1993).