Chinese foot-binding and braces – a project

When we think about Chinese clothing, it strikes us as really weird that women bound little girls’ feet so they couldn’t grow, and made them grow up with little tiny broken feet that they could hardly walk on. 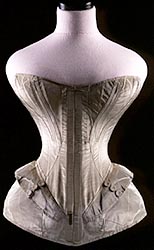 Most women in 19th century Europe and America wore a corset like this one.

You might have a discussion about whether this is really so unusual though; isn’t it just another instance of women making themselves beautiful through pain? 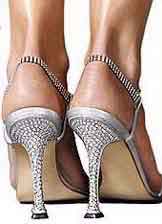 Many women today wear high heels – is that like Chinese foot-binding?

Is this comparable to tattooing, for instance? Or piercings? Is foot-binding more like braces? What if the braces are entirely cosmetic? Or is it more like getting a nose job?

Is Chinese foot-binding comparable to European and American women wearing corsets? Or high heels? Many women are required or encouraged to wear high heels to work – should that be allowed? Illegal? Does it matter if you know that high heels came to Europe from Safavid Iran, and that men wore them before women did?

How about ballet dancers wearing pointe shoes? Do men have similar things? maybe wearing ties, or shaving? Or getting piercings? Why are these things similar? or why not? 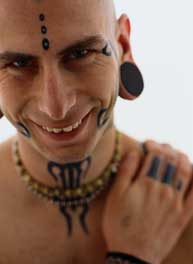 A man with tattoos on his face 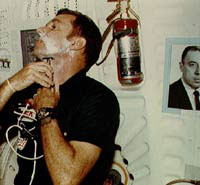 A man shaving his face with a razor

How old to consent?

Does it matter if we wait until kids are old enough to ask for it before piercing their ears or noses? Does it matter that people have to be 18 before they get tattoos? How do you feel about it knowing that Chinese girls often wanted their feet bound?

A white person with a lip piercing

A white woman’s belly with tattoos on it

In that case, maybe a better comparison would be to parents who give their kids ADHD medication so they can sit still all day in school? How do you feel about that comparison?

What if it was to make money?

But here’s another thing to think about: some people think the real reason that Chinese families bound the feet of little girls was not to make them prettier or sexier, but to make them sit still so they would spin and weave all day, making cloth that the family could sell. Is that a better reason or a worse reason to bind a little girl’s feet?