History of oats: where are oats from? 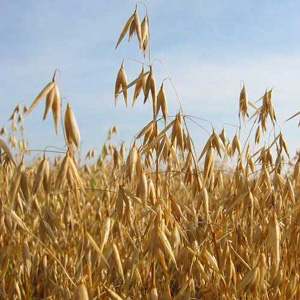 History of oats: Oats growing in a field

What is the history of oats?

Like wheat and barley and millet, oats grow wild all around West Asia. Probably early gatherers picked oats and ate them. But when people first started farming wheat and barley, about 12,000 BC, they didn’t like oats as much. They thought of oats as a nuisancey weed that was always getting into their yummy wheat and barley.

(More about the history of wheat)

Why did Northern Europeans eat oats?

When people started to grow wheat in Scandinavia and Poland, though, about 2000 BC, they noticed that actually the oats grew a lot better than the wheat there.

(More about food in northern Europe)

Northern Europe is colder and wetter than the Mediterranean, and oats did better in that climate. So around 1500 BC some Bronze Age farmers in northern Europe began to farm oats on purpose, in addition to wheat, especially on high hilltops where it was too cold for wheat. 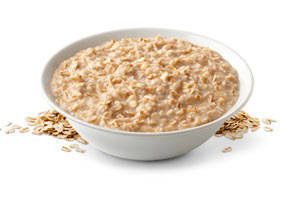 A bowl of oatmeal

How did people cook oats?

Very likely the main use of these oats was to make beer or ale, just as people did with barley. People also sometimes ground up the oats into oat flour, to make bread, but because oats don’t have any gluten, they only made flat bread, like pita bread. You can’t use oats to bake yeast bread. Other times, people boiled the oats in water to make oatmeal, or used them to thicken soup, the way we do with barley.

What did people do with oat straw?

People also fed oats to horses, and they used oat straw as bedding for horses, mixed with mud to build houses, as thatch for roofs, and to weave baskets, straw hats, and mats.

Did the ancient Romans eat oats?

By the time of the Roman Empire – about 100 AD – people were also growing and eating oats in Italy. The Romans thought of oats as a kind of yucky food, like millet, good for horses, but also something people could eat if there wasn’t anything else.

(More about the history of horses)

When did people start to eat rye bread instead of oats?

By the Middle Ages, people ate oats alongside rye and barley in Britain, especially in Scotland and Ireland, and the Vikings kept on eating oats. In Poland and Russia people ate more rye bread and less oats.

Try some oats for yourself!

History of oats in the Middle Ages

When the Little Ice Age started about 1300 AD, though, some hilltops in Northern Europe became too cold and wet even for oats, and people had to stop farming there.

(More about the Little Ice Age)

In Scandinavia, people started to eat more rye bread. Further south, villages in the Alps that had once grown wheat had to start growing oats instead. Probably more people in northern Europe ate more oats (and rye) during the Little Ice Age than they had before – and they were pretty unhappy about it.

History of oats in North America

Scottish settlers brought oats to North America in 1602 AD, because northern North America was also cold and wet, like Scandinavia. Native Americans didn’t eat oats – they stuck to corn – but oats moved westward across the northern part of North America with the settlers.

In America, people mostly grew oats for horses to eat, so when people stopped keeping very many horses – when cars and trucks became popular, in the 1920s – they also grew a lot less oats. The end of the Little Ice Age about 1850 AD also made it easier to grow wheat across North America.

But people do still eat oats. Oats have a lot of fiber and they’re very good for you. People today eat oatmeal and Cheerios, and they eat oat bread because it is gluten-free. Today, farmers grow oats mainly in Iowa, Wisconsin, Minnesota, and the Dakotas. They also grow a lot of oats in Scotland, Poland, and Russia.

Learn by doing: make yummy oatmeal in one minute!
More about millet

Bibliography and further reading about oats: