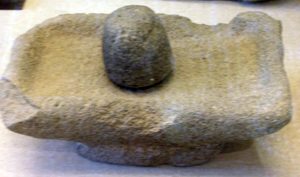 Grindstone from Syria, about 1500 BC (Louvre Museum)

Where did they live?

What did they do all day?

During the day, women spent some of their time in the fields with other women of their village weeding or planting or picking crops. Women weeded onions, picked figs, fed chickens, and helped harvest wheat and barley and lentils.

Planting crops
History of figs
Where do chickens come from?
How do you harvest lentils?

Work you could do at home

When they were home, women were grinding grain, spinning and weaving clothes, cooking over braziers, and nursing babies. Many women got arthritis in their shoulders and knees and toes from spending hours kneeling on the ground grinding grain into flour.

History of spinning
What about weaving?
Midwives in antiquity 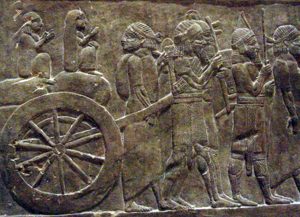 Women enslaved as prisoners of war in Nineveh, ca. 750 BC (British Museum) (They’re not children; they’re drawn smaller to show that they are slaves)

Yes, rich women led very different lives. Often rich women participated in their husband’s business, or ran their own businesses. We have a lot of letters that Assyrian women wrote to their husbands and business partners about trade. Some rich women were powerful priestesses in the temples, like the poet Enheduanna. Some ruled countries, like the Queen of Sheba in Yemen.

Enslaved women – and there were many enslaved women in ancient West Asia – also led different lives from free married women. Legal penalties for killing or hurting slave women were much lower. Many slave women never got the opportunity to have children. Thousands of slave women worked in factories, spinning or weaving wool and linen all day long so that rich people could sell it (Compare the situation of Chinese slaves spinning silk). 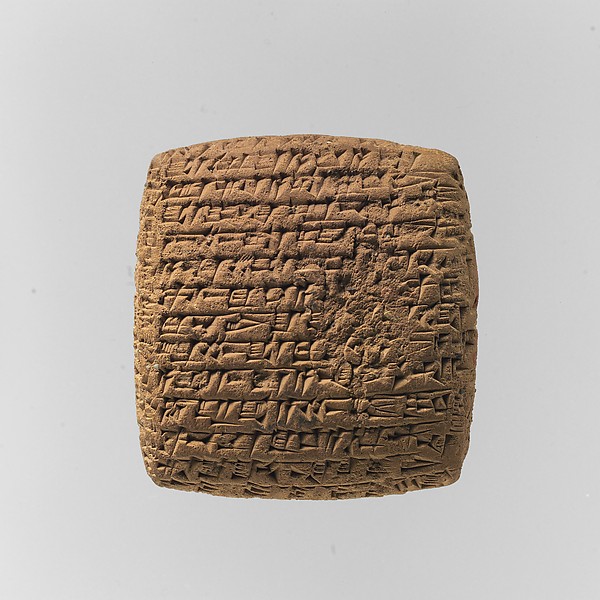 A cuneiform letter from one Assyrian cloth trader to another.

Still some slaves also ran businesses, married other slaves or free men, and sometimes saved up and bought their own freedom.

As women got older…

For free married women, when your mother-in-law died, perhaps when you were about thirty years old, you would be in charge of your husband’s household on your own. 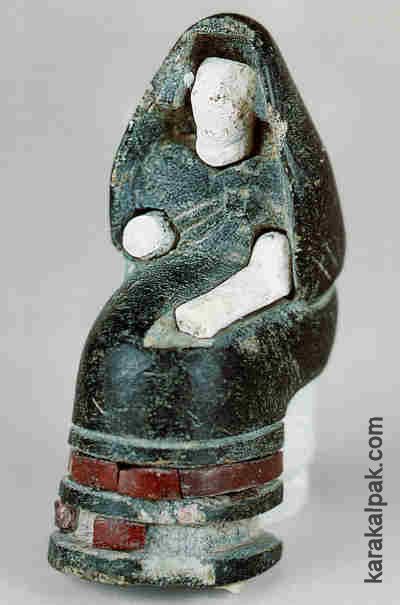 A veiled Sumerian woman, about 2300 BC (Ebla Palace at Tel Mardikh, now in the Idlib Museum, Syria)

As your own daughters grew up, they could be of more help to you, and then about that time one of your sons might marry and you would have a young daughter-in-law to help you too. Most women in ancient West Asia probably died when they were in their forties or fifties.