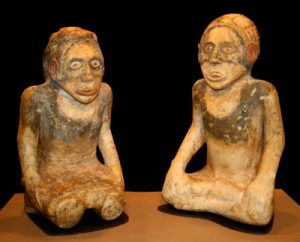 Cherokee history: statues from Etowah (now northern Georgia) from about 1300 AD (maybe these should really be counted as Creek?)

Who were the Iroquois?
Cherokee after 1500 (Trail of Tears)
All our Native American articles

Probably Cherokee people were originally part of the Iroquois people. Their language is related to Iroquois. And they themselves believed that they came from the north-east, but they split off and moved south, probably about 1500 BC, in the Late Archaic period.

After that, during the Woodland period, the Cherokee lived in south-eastern North America. That’s mainly modern Tennessee, North Carolina, and Arkansas, but also South Carolina, Virginia, Georgia and Alabama.

By about 800 AD, the Cherokee were probably a Mississippian group. They built burial mounds and towns like other Mississippian people, even though they did not live right on the Mississippi river and there are some differences in the way they lived. 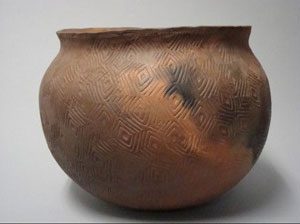 By around 1000 AD, in the Mississippian period, Cherokee people began to grow corn, squash, sunflowers, sweet potatoes, and beans for some of their food. They grew tobacco, too. Sometime around 1200 AD, they may have started to keep tame turkeys for food too.

History of corn
The Three Sisters
Where did turkeys come from?
How about tobacco? 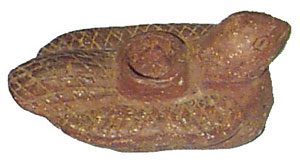 Cherokee people still hunted and gathered. They ate a lot of fish and shellfish. But the farming helped them to settle down in towns and villages.

During the Mississippian period, Cherokee people were not united under one chief. They lived in a bunch of small independent city-states. Probably these city-states were unified as a confederacy, like the Iroquois confederacy.

Probably the Cherokee considered themselves one people. They often made decisions as a group by consensus or by voting. So we might consider this to be a complex chiefdom. There were at least sixty Cherokee towns, and there may have been more. Each town had about 300 to 400 people living in it.

Cherokee trade contacts with the Aztecs

Did you find out what you wanted to know about Cherokee history? Any questions? Let us know in the comments!

Learn by doing: eating succotash
The Cherokee after Columbus