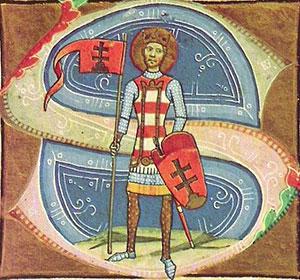 When the invading Magyars conquered land in Eastern Europe from the Slavs about 900 AD, and started the country of Hungary, they didn’t stop there.

Wait, who were the Slavs?
All our medieval Europe articles

The Magyars fight their way across Europe

What was the Holy Roman Empire?
The Vikings in Denmark

Otto the Great forces the Hungarians back

More about Otto the Great
How Poland became a country

By 1000 AD, King Vajk of Hungary (like the Poles and the Russians a little earlier) converted to Christianity as King Stephen, so the Pope was on Hungary’s side and other Europeans began to accept Hungary as a normal country instead of just being scared of the Magyars. 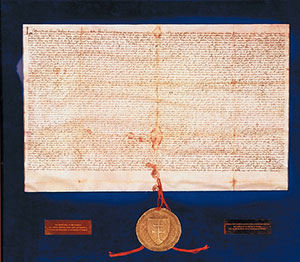 Stephen’s descendants ruled Hungary all through the High Middle Ages. As the Holy Roman Empire got weaker in the late 1100s, Hungary conquered some of it.

In the early 1200s AD, Hungary was a big, successful, strong country in Central Europe. They were able to hold their own against the Crusaders in the Fourth Crusade (though they lost the city of Zara). But this was about to end.

Learn by Doing – compare the Golden Bull to the Magna Carta, the English Bill of Rights and the United States Bill of Rights
Hungary in the Late Middle Ages

Need another source? Check out this history of Hungary from The Orange Files