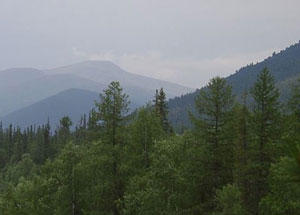 In the Early Middle Ages, Turkic and Mongol people in Central Asia were moving westward, pushing out Indo-European people – and other people – who had been living there. The Magyars, who were probably distant cousins of the Turkic people, had been living in the Ural Mountains. But the Gokturks and other Turkic people like the Khazars pushed the Magyars west of the mountains. For a while the Khazars – also Turkic – ruled the Magyars. 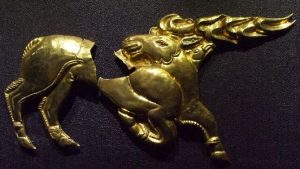 A Magyar gold carving of a deer

Slowly, as Turkic people continued to conquer Central Asia, they pushed the Magyars further and further west. In the 800s AD the Magyars lived in Ukraine. By about 900 AD they defeated the Slavs and what was left of the Avars after Charlemagne defeated them. They took over part of south-eastern Europe – what is now Hungary.

But of course most of the people who had been living in Hungary were still there. The Magyars didn’t kill them. They married into local families, and soon the Magyars were completely mixed in. But even today, Hungarians call themselves Magyars. Their language – Hungarian – is probably related to Turkic languages.

Bibliography and further reading about the Magyars: