Where are the Ural Mountains? 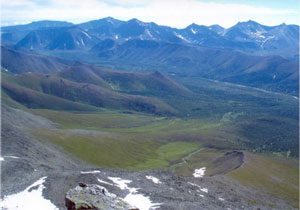 The Ural Mountains run from north to south through Central Asia. They separate Europe from Asia. Like the Appalachian Mountains, the Urals formed about 300 million years ago. That was near the end of the Carboniferous period, when the first reptiles were evolving. It was when the tectonic plates began to form the supercontinent of Pangaea.

How did the Ural Mountains form?

As the old continents drifted together to form Pangaea, the western Siberia plate smashed into the Baltica and North America plate. That pushed up the land to make the Ural mountains, and formed the supercontinent of Laurasia.

Oldest mountains in the world

The Ural mountains, together with the Appalachians, are among the oldest mountains in the world. They are far older than the Alps, the Himalayas, the Rockies, or even the Andes, which are the next oldest major mountains. But the Urals are not as eroded as the Appalachians. Some of the peaks in the Urals still have glaciers at their tops all year round.

Who lived around the Ural Mountains?

The first people we know much about who lived in or near these mountains are the Yamnaya, or the Indo-Europeans, about 4000 BC. They drove wagons and chariots pulled by horses and lived as cattle-herders, mostly.

Later on, the Scythians lived in that area – they were also nomadic cattle-herders famous for their horse-riding and bow-shooting skills. Around the time of the Roman Empire, the people living around there were the Ostrogoths, but by this time many of them were farmers, growing oats and rye. In the Early Middle Ages, the people living in and around the Urals formed the new country of Russia, and it’s pretty much been Russia ever since.

All about Russian history

Bibliography and further reading about the Ural Mountains: