Who were the Gokturks? Central Asian History 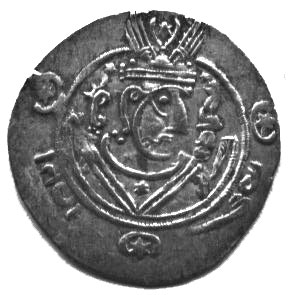 The Gokturks: A Gokturk coin, about 576-600 AD (Kyrgyzstan museum) (compare to Sassanian and Byzantine coins of the same time)

About 550 AD, Bumin Qaghan and his sons, with the help of the Chinese Wei kingdom, conquered the Rouran and took over as the main rulers of Central Asia (modern Mongolia, southern Russia, western China, Kazakhstan, Uzbekistan, Afghanistan, Kyrgystan, and parts of Iran). Today, historians call Bumin Qaghan’s people the Gokturks.

Who were the Rouran?
Three Kingdoms China
Medieval Central Asia
All our Central Asia articles 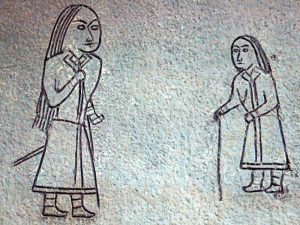 Gokturk people, as they drew themselves.

As their name suggests, they were Turkish people, and they spoke a Turkic language, not Indo-European. But their empire included both Turkic people like the Uighurs and people of other ethnicities. Even some Gokturk rulers were not Turkic.

The Gokturks and the Silk Road

They used their empire and their friendly alliance with China to get control of the Silk Road and the trade between the Sassanians and Wei China. The trade made them rich.

Under Bumin Qaghan’s son Muqan Qaghan, the Gokturks formed an alliance with the Sassanians to their south. They used that alliance to make their empire bigger and bigger. This forced the Avars to move west into Europe.

Who were the Avars?
And the Sogdians?
Early medieval Russia
Kingdom of Tibet 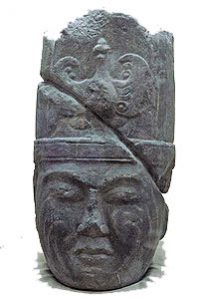 The Gokturks followed the Avars west, and did a lot of raiding in Russia in the 500s AD. They also raided to the south, taking over Sogdian land from their Sassanian allies, and invading Sassanian land too. And by the 600s AD, with new people ruling China, the Gokturks made an alliance with the new kingdom of Tibet. The two allied states started coordinated raiding to the east, into China. 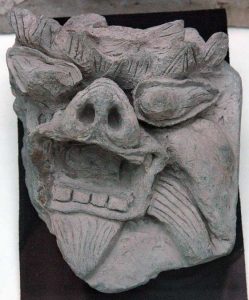 A later Gokturk carving of a monster.

Who are the Uighurs?

By the 700s AD, these long civil wars were making the Gokturks weaker and weaker. By 742 AD, they were so weak that the Uighurs, with the support of the T’ang Dynasty emperors, were able to overthrow them (and push back the Tibetans). The Uighurs started their own independent Uighur kingdom.