Who were the Maya? Central American history 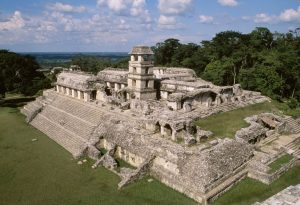 When did they get started?

When the Olmec rulers began to lose control of their country about 600 BC, new leaders came forward and took over ruling in Central America (modern Guatemala). These were the Maya.

Archaeologists divide Maya history into four time periods, the Pre-Classic, the Classic, and the Post-Classic. The Pre-Classic period begins about 700 BC, about the height of the Assyrian Empire in West Asia, or the Etruscans in Italy. At this time, the Maya were beginning to build stone temples like the ones the Olmec had built before them.

How did the Maya live?

Maya people lived mainly on corn. They grew a lot of corn and made it into tortillas and tacos, enchiladas and tamales. They had popcorn for treats, sometimes with spicy cayenne pepper on it or cocoa powder. Mayans also ate beans and squash and spicy chili peppers (and the not-spicy kind). They liked avocados, and mashed them into guacamole. Mayan farmers raised turkeys for their feathers, and for meat. They had hot chocolate to drink, but it was so expensive that a lot of people paid their taxes in cocoa beans.

Mayan food
Where does corn come from?
History of avocados

What did Maya people wear?

They wove clothing mainly out of cotton and hemp. People also made beautiful capes and hats out of brightly colored feathers. They made leather shoes out of deerskin.

The Classic Maya period began about 250 BC. During the Classic period, the Maya (MY-ah) built many cities with stone buildings and many more stone temples. People carved inscriptions on these temples, saying who had built them and in what year.

This is the first evidence of writing from North or South America, so it may be the Maya who invented writing in this area. Thanks to this writing, we know that some of their rulers, like Yohl Ikʻnal about 600 AD, were women.

Around 900 AD, though, they abandoned many of these cities and temples, and kept on with their traditions mainly in the northern part of their country, the northern Yucatan.

This would be about the time of the Abbasid Empire in West Asia. This decline may have been caused by climate change related to the Medieval Warm Period, which made the southern part of their land too dry.

In this Post-Classic period, after about 900 AD, people mostly stopped carving inscriptions. They kept on building some temples and other stone buildings, but they don’t seem to have been doing as well as they were in the Classic period. In the Post-Classic period, the Maya were more open to learning from their neighbors, especially the Aztec people to their north, in Mexico.

Post-Classic Maya traded with people far away from them. They sold cacao beans and green quetzal feathers to people as far away as Colorado and California. They bought beautiful spondylus shells and turquoise for jewelry from Ecuador and from California. Traders traveled mostly along the coast of the Gulf of Mexico and up and down rivers in canoes.

In the end, however, the arrival of Spanish invaders in 1519 AD brought smallpox and measles to Central America, and most people died of these diseases. The few who survived could not defend their country against the Spanish invaders, and so the new ruler of Spain, Charles V, the Holy Roman Emperor, took over ruling Central America too. But there are still many Maya people living in Guatemala and Mexico today. They still speak their own language, and many of them still keep up their customs and eat Mayan food.

What was smallpox?
And what is measles?
Charles V and his empire

Bibliography and further reading about the Maya: